A Heart For Telling The Story: Meet Randy Frazee

He talks gently but his words are filled with conviction, “You and I are characters in God’s story, we don’t have a choice about that…but we do have a choice about which part we will play,” says Randy Frazee, author of The Heart of the Story: God’s Masterful Design to Restore His People, which helps bridge an understanding of the Bible and how one’s own story is contained within it.

For centuries people have read and studied the Bible, and for centuries, they have struggled in grasping its magnitude and the story that it tells. Surveys show it’s not because people aren’t interested in reading the best-selling book of all time, in fact many have it on their bucket list.  So when Randy Frazee got hold of a book (The Story) that compiled selections from the Bible in an effort to read as one continuous story, he took it one step further.  The Heart of the Story is rapidly being used by individuals and study groups throughout the United States and around the world to further Bible literacy.

This author, theological seminary graduate and current senior minister at Oak Hills Church in San Antonio, Texas, talked to Risen about the challenge of such a task and the joy that comes out of it.

Risen Magazine: You have quite a vision for people understanding the Bible, when did that begin for you?
Randy Frazee: When I was a kid, my only experience to the Bible was a black- zippered, leather Bible that sat on a bookshelf between my sister’s and my bedroom. I was drawn to it and would occasionally take it off of the shelf, lay down on the floor, with legs crossed in the air behind me and search its contents. I’d read it but it didn’t make sense. I’d rumble around the pages, look them over and the simply close and zip shut the book until the next time, hoping that someday it would all make sense. My family had no faith, it was generations of unbelief.
When I was 14 years old, a neighbor invited me to attend Vacation Bible School. I went for the week and listened…I felt a tugging in my heart and I asked Jesus to come into my heart. That’s when I became part of The Story in a different way. God pursued me – he’s preparing me to live to spend time with him and to he wants me to play a part.
Years later when I became a pastor I increasingly saw that it wasn’t because people had a lack of desire to know the Bible, but they had a difficulty in understanding how it all fits together.

Risen Magazine: Was it through your passion for Bible literacy that you got introduced to The Story itself?
Randy Frazee: Yes. In 2005, I was the senior pastor at a Bible church in Ft. Worth, noticing that [even in a Bible church] people really didn’t get it [the Bible], capturing The Heart of The Story. I tried several things — reading through the Bible in a year–which didn’t work because [it went back and forth between Old and New Testament] people never really understand The Story; they were just reading the stuff and trying to pull something out. But there is so much more to the power of The Story. I [also] tried doing Griggs Bible chronologies and that worked for like three people, [laughter] .
I came across The Story, and I was really captured by it. It offered a possibility for people to not only go through a Bible survey class, which is an alternative for this where you get the facts, but to be able to experience it, and thought it might be a good idea. Although it wasn’t the entire Bible in text, it was all scripture.

I had a desire to take the individual stories in the Bible which are all connected and intertwined and relate it to our lives here on earth; to show how  God’s upper story and our lower story are combined.

Risen Magazine: So you used it then to teach?
Randy Frazee: Not yet…because I had also just accepted a position at Willow Creek Church [in Chicago] as a teaching pastor. Willow Creek had recently finished some pretty extensive research not only at Willow Creek but around the county looking at the spiritual life of people…and what powered their spiritual journey. Basically, [the results of] the survey screamed that people wanted to know The Story. So one day while we [pastors] are sitting around talking sermons, topic ideas, I said, “I haven’t done it yet, but I just got a hold of this [The Story] and maybe we can do it.”
At first I couldn’t get the team to embrace it for a Sunday morning [series], realizing the risk of presenting a 31-week study and keeping people interested. But, two years later, in ’07, I got them to do it on a Wednesday night in community. It was however, during that two years of waiting that I contacted Zondervan [publisher of The Story] and said I really liked the idea [behind it] because biblical literacy was one problem, and expanded to say that I saw a second problem, which was that there seemed to be a number of kids who, when they leave the nest, they leave the faith. I said, “I’ve read the research, I’ve seen firsthand that one of the keys to anchoring them in their faith is to get their parents to actually walk alongside of them — that research is solid.” So I suggested that while we are waiting, let’s develop a kids version and they absolutely agreed. In 2007 the comprehensive study [adults and kids] was introduced at Willow Creek [in New Community] and we saw attendance increase 50 percent…it was amazing.

Risen Magazine: Ok, so that’s your experience using The Story, but how did your book come about?
Randy Frazee: Well that’s an interesting story in itself. I had a long time relationship with Max Lucado, who at the time was the senior pastor at Oak Hills church in San Antonio. Max was having some health issues and needed to scale back his work load. I was approached to take over as senior pastor and serve as co-pastor teaching alternately with Max.

Risen Magazine: Wow…that’s quite a bill to fill. As you have said, Max has been referred to as “America’s Pastor“, so what was it like for you to step into that role?
Randy Frazee: From the beginning of my coming on board, the leadership had figured there would logically be a decline in attendance. I jumped right in with a 31-week study of The Story. This is a large church with five campuses and we saw a growth of 23 percent in attendance! That wasn’t me. It was The Story. And I had a desire to take the individual stories in the Bible which are all connected and intertwined and relate it to our lives here on earth; to show how God’s upper story and our lower story are combined.

Risen Magazine: And the publisher of The Story asked you to do just that?
Randy Frazee: Yes. If you just read The Story you will get The Story line, but you won’t necessarily capture the upper and lower story. It’s like in chapter 21 (of The Story), which is the last chapter in the Old Testament where the children of Israel are coming back from captivity and haven’t had the word read to them in 140 years. They ask Ezra to pull out the stories; that’s how hungry [for the word] they were. That’s what we’ve got today. [People saying] “Pastor, will you just read us The Story?” I think we gotten too fancy, in my estimation, too fancy to attract people to the church based upon the felt need. I think this is a detriment of my generation of preachers, we attract people to meet their needs of a lower story and that’s where we’ve left it…the lower story helps us when life is going wrong.
But when life really gets out of control, the lower story principles aren’t going to help you, it’s the upper story. Basically I think that The Heart of The Story is like when Ezra gets up to read and [the people] stand up. It [Bible] says that in the crowd were some Levites, and they formed small groups to make sure that they understood what was being read. So to me, The Heart of The Story is that my part is not the main part, my part is that of the Levite. I’m the little Levite that’s formed a little small group helping this community of people understand what they just read.
And just as it was in the Old Testament time, it’s in the New Testament era today, understanding what’s being read. I think that’s what The Heart of The Story does. It was written to bridge that understanding.

Risen Magazine: Did you and Max write it together?
Randy Frazee: Well, the writing process was a little overwhelming. Max is an amazing writer. He’s sold over 100 million books but he and I have very different writing styles. It wasn’t quite working to write it together, so we all (with the publisher) decided that I should go forward with The Heart of The Story, as a companion to The Story, and Max proceeded with a book called, God’s Story.

Risen Magazine: Why do you think it’s so important to study the Bible with others?
Randy Frazee: Studying the Bible with others is a key element to understanding. I like to give the analogy of someone trying to quit smoking. You desire to quit on your own. The percentage rate for success is very low. If you add a tool, such as a nicotine patch or gum, etc., you increase your success rate by about five percent. If you add another tool such as that of doing with in a community (with others) you increase your success rate by 40 percent. It’s the same with studying the Bible. If you read The Story you will get it but you need someone to come alongside of you and show you the clues along the way…reminders of how it all links together, and that’s what The Heart of The Story and a group setting can do.

Risen Magazine: Now that The Story and The Heart of The Story have developed into a comprehensive Bible study with a DVD series to accompany it, what’s next?
Randy Frazee: This has provided a gateway to the Bible. The goal now is wean people off from teaching and on to the entire Bible. I have just published “The Story Going Deeper” which offers seven specific sessions for study including all 66 books of the Bible, how it is organized and where the events take place.

Randy Frazee began with a desire to learn and understand the Bible and break unbelief in his family chain that existed for generations. Today, he has seen that breakthrough. It exists in a three-year-old little girl laying on the floor with legs crossed in the air behind her looking at a picture book of the Bible…and although it might appear to be just like that little boy with the black-zipped Bible, this time a grandpa is right next to her…sharing, teaching and loving her through the study of God’s word. And as Frazee best says, “This is the blessing of our lower story aligned with God’s upper story.” 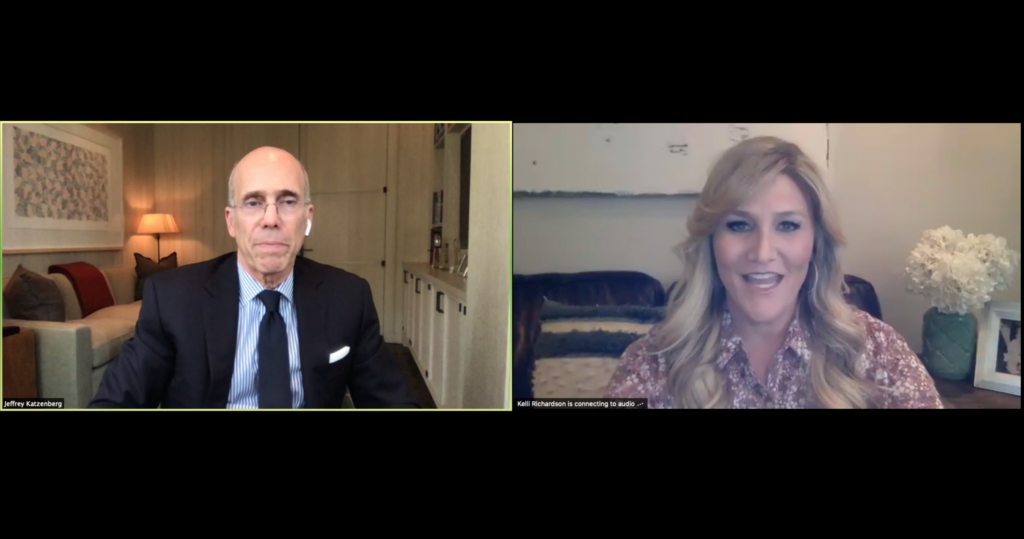 Quick Bites, Big Stories. A whole platform designed to be consumed on your mobile device. The new streaming platform Quibi launched this… 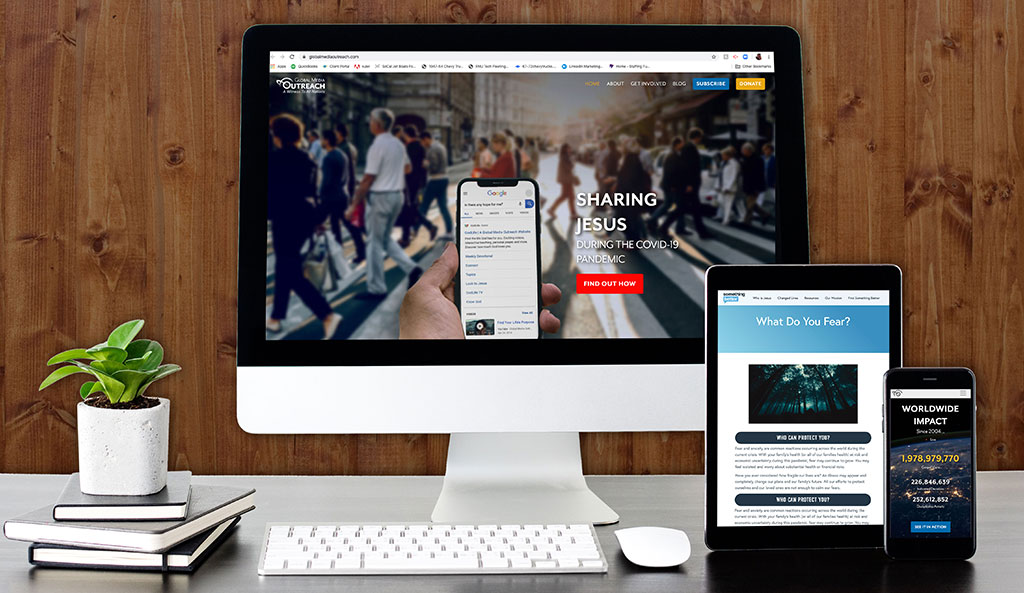 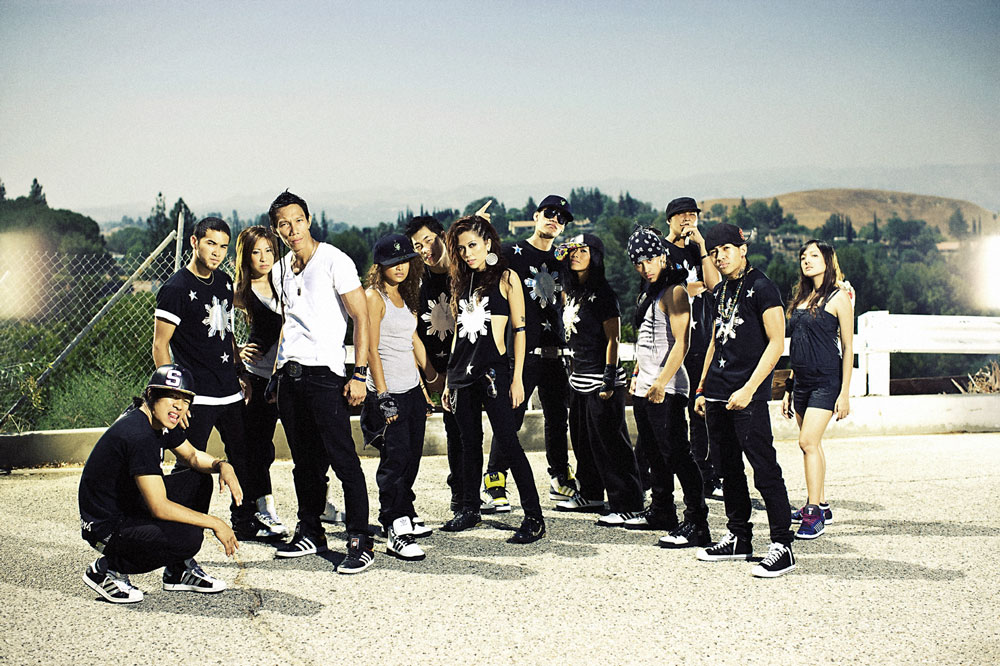 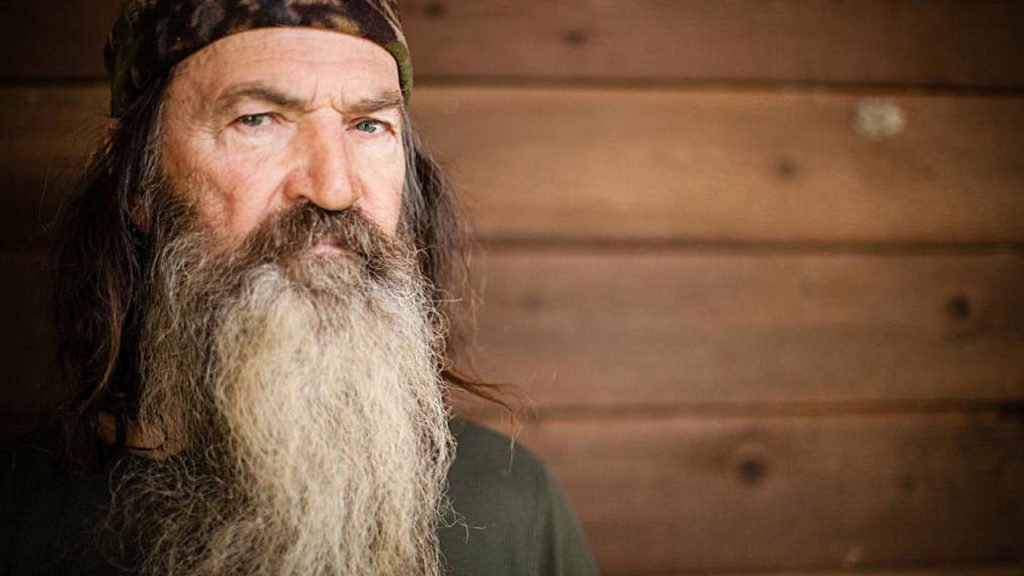 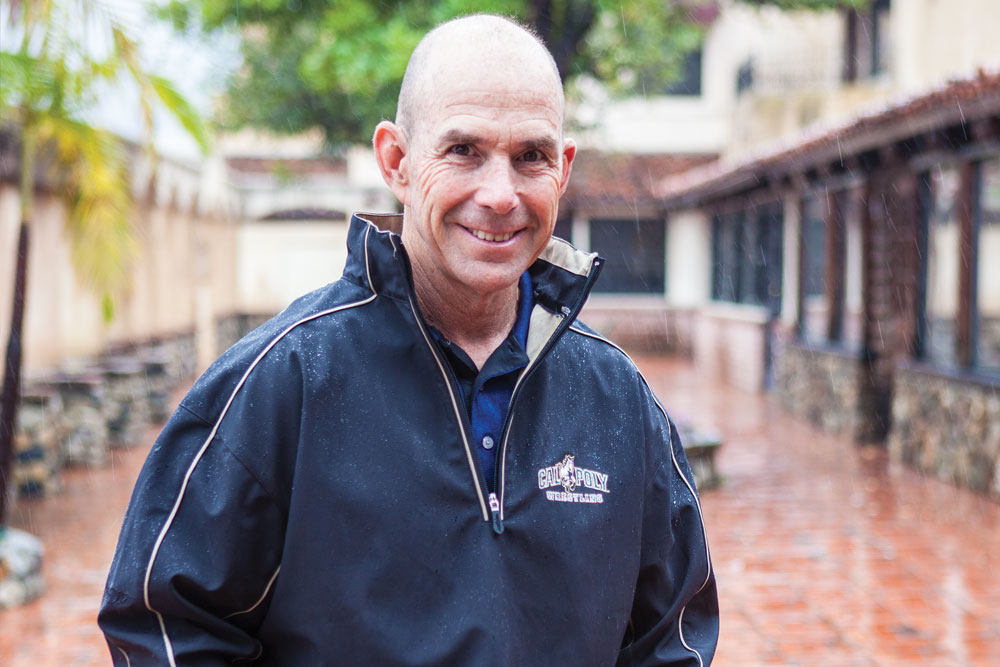 He’s written two books and West Point brought him back on campus to talk to cadets this past fall. Risen... 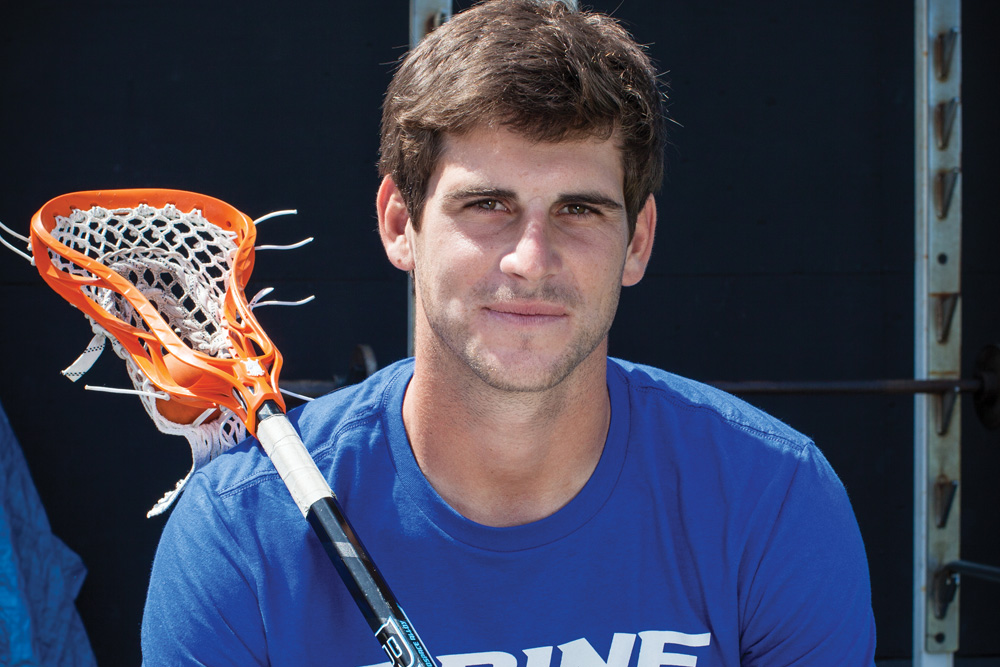