Ben Davies knows what it’s like to make a plan for your life, set a goal, train hard, and achieve it, only to wake up one day and realize God may have a completely different path planned. Davies went from being named the top Decathlon Athlete in the nation by Track & Field magazine to an injury that landed him on the silver screen. With more than a dozen feature films under his belt, Davies tackles his first true story, that of Rachel Joy Scott, the first victim of the Columbine high school shooting tragedy, killed for her faith in God. Risen sat down with the young actor to talk learn more about his career and experience filming I’m Not Ashamed.

Risen Magazine: Let’s start by talking about your background of growing up surrounded by actors and also having an incredible athletic career. How did the two foundations land you where you are today?

Ben Davies: My mother started a talent agency the year I was born, so by default, I was having training experience in front of the camera, being in front of people, and how to carry myself, as well as the different acting techniques that were just very basic. It was terrific to be around those kind of people and also built a foundation that helped me prepare for the roles that I’ve been playing the last couple of years. I was so blessed because you know as a kid, you don’t really know what you want to do with your life necessarily, but God kind of set up this great foundation for me.

In turn, my track career affects my life in a really unique way. I think it was really God working through the circumstances to show me His plan for my life and what He could do through adversity. Growing up, I was really focused on the Olympics. I was training all the time for that and the acting stuff was on the back burner as nothing more than a thought really. Track was where the Lord was really blessing me and that was my place for ministry as well. I always ran with a Bible verse on my arms and people would ask me about it. I thought if I did well on the track, I could share my testimony. I really thought that was what I was supposed to do the rest of my life. In high school I was the Junior Olympic National Record Holder, I was the gold medalist, the number one Decathlon Athlete by Track & Field [magazine], and I was really, really happy about that. When I went to college I had a plague of injuries and it was tough to see ten years of my life devoted to one goal being chipped away by things outside of my control. So often when that happens God is preparing you for something, or working something out, or moving you toward a different plan for your life, but when you’re in it, it’s very hard to see.

I remember sitting at the intersection with my sign for hours and it was just a blur of people avoiding me and not wanting to deal with me.

I remember vividly when I was at University of Georgia, after transferring because of an injury, I was praying, fasting, going to church, and having the people at church pray for my shoulder to heal. I kept thinking, “Why is this not working?” I’ve seen miraculous healings before and I’ve experienced it before, so I was just like, “Why God, why?” It was so frustrating. It wasn’t until I found out that I had torn my posterior labrum in my shoulder and the doctor said there was only a seventy-percent success rate, that I thought I might not ever do this [run track] again. It was at that point that I finally let God have my life, instead of the plans that I had for it.

I was like, “Okay, whatever You want me to do, I’ll do. If You want me to move to Africa, I don’t care. If You want me to give up track, I don’t care.” A couple of days after my surgery was completed, I got a call from my agent and she said, “You’re usually really busy this time of year, but do you have time to go on an audition?” I said, “Yes, I can’t do anything for six months so why not.” I trained a little bit and I went down to Sherwood Pictures and auditioned for the role of David Thomson in the movie Courageous. I had been on hundreds of auditions before but when I got the call that I had booked the lead role in this movie, I was just like, “Ye of little faith, why did you doubt?” If God had answered the prayers that I was so yearning for, my life would have not been as fulfilling as it is now and I would not have been able to reach the amount of people I’ve reached, and my ministry wouldn’t be what it is right now. Nothing would have been what it has been the last five years. It was really humbling. God used track and field to show me that His plans are better than my own. So, when things weren’t working out, I was being prepared for something else.

RM: In your upcoming movie, I’m Not Ashamed, you play Nathan Ballard, a homeless man that Rachel Joy Scott befriended before she was murdered at Columbine High School during the mass shooting. How did you prepare for the role?

BD: It’s such an inspiring and incredible true story and what I think is so great is it’s not so much about the event that everyone remembers, rather it focuses on the life Rachel Joy Scott lived and the way God used her to impact the people around her. She lived unashamed of what she believed in. My role in the film was very dear to my heart because I’ve never played a character that was a real [non-fictional] person. That was really humbling to me not only because of how high I hold Rachel, but because I know her family as well. Two years ago I met Beth Nimmo [Rachel’s mom] and I was able to sit down and just listen to her. It was incredible to see someone glowing with the Holy Spirit as she talked about her daughter’s life and the way her story has impacted so many people. I just remember wanting to be involved with the project in any way I could. To play this role was life changing.

Another thing that was special about this particular role was the relationship Rachel had with my character Nathan Ballard. Nathan was homeless, living on the street, and was completely down on his luck. He was the kind of person that people shied away from and shunned because of the way that he had to live. Not because of any choice that he made, but because of the situation that he was born into. That’s such a hard thing that people don’t understand. For me as an actor, there’s no way for me to really understand what that feels like. Nathan was tattooed and pierced, and most people would stereotype him, so I knew that I had to approach the role differently.

I chose to do some method acting and kind of live as the character to see what it really feels like. I decided to wear my clothes from the movie, put on my tattoos, and go downtown and beg for money. It was a Sunday afternoon and I remember walking down the street and people would move over and no one was keeping eye contact with me; I was really embarrassed and ashamed. I remember sitting at the intersection with my sign for hours and it was just a blur of people avoiding me and not wanting to deal with me. Then, and I think God kind of allowed this to happen, a girl coming out of a coffee shop walked by and smiled at me. I remember how much that moment meant to me because of all the negative stuff that happened to me those past few hours, and that was just a small taste of what that feels like. So, when I re-read the script, I was almost in tears knowing the impact of how much Rachael’s reaching out would have meant to Nathan. It completely changed the way I approached the character in the scenes.

RM: You were able to read Rachel’s actual journals before delivering them to one of the screenwriters. How did her words impact you?

BD: I did. I got to be involved in this project in a much more intimate way than with any other project I’ve ever done. When I met with Rachel’s mom, she entrusted me to deliver Rachel’s actual handwritten journals over to the screenwriters. I was able to read the journals and the handwritten notes. It was so inspiring to see that Rachel was just like everyone else. She struggled with insecurities, she struggled with pressures from school, the family struggled through the divorce, and she struggled with the same things that we all struggle with everyday. What’s really inspired me is she doesn’t have to be the only one to start a revival, it can be any of us. 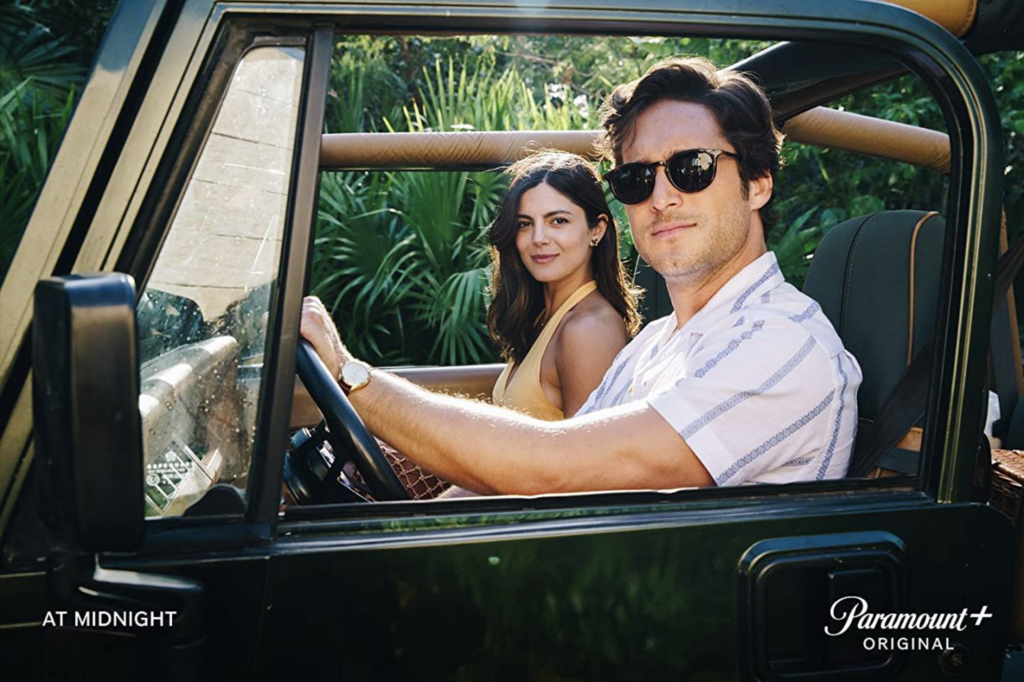 Nicholas Hoult plays J.R.R. Tolkien in the new film "Tolkien." We talked about his early years and how not many...

. You know her from CW's Riverdale and on Global TV's Nurses, now Tiera Skovbye stars opposite Netflix's "The Kissing...

The Trio that Thwarted a Terrorist Attack

The Real Men Portray Themselves in the Clint Eastwood Film The 15:17 to Paris U.S. Air Force Airman First Class...