Buck Brannaman, the inspiration behind the book and film, The Horse Whisperer, is recognized worldwide for his uncanny abilities to communicate and train horses, often in a matter of minutes.  A childhood with an abusive father left Brannaman determined to take a different path than the one of violence he had experienced.  Utilizing leadership and sensitivity, he developed communication methods to transform horses (and ultimately people) through compassion and respect.  The subject of an award-winning documentary aptly titled Buck, the film progresses through Brannaman’s life and the influences of his training on horses.  Risen recently sat down with the legendary horse whisperer for a glimpse of what makes this man so special.

Risen Magazine:  Horse relationships can tell you a lot about human relationships and if everyone would be as intentional about meeting needs, and interaction with their family and friends as they are about animal behavior, communication might be better for all involved. How do you help people get to this point?

Buck Brannaman:  How many times in your life have you had someone impose their will on you to make you do something? Even if it was a good thing, in the end, we’re not apt to do it because we’re going to protect ourselves; we’re going to feel defensive. If someone had approached you in a way that they set things up to where their idea became yours, as if you came up with it, [we] could hardly stop you from doing it. You’re trying to figure out how to make a winner out of the horse and when your idea becomes his, you’re just along for the ride. You let the horse feel good about himself. That isn’t any different with kids. There is a time and a place for you to say, “No.” And it’s not, “Maybe.” It’s “No.” It’s not even open to discussion. You don’t just say “No.” You say, “No, but instead, maybe you could do this.” You have to give them options, but tell them what they are prohibited from doing. You show them what they could do, and how good it might feel once they do it. When it comes to horses, you always hold what they treasure most and that’s peace and comfort. That’s all [a horse] wants. You might be putting physical pressure on the horse to get him to do a certain thing, but he doesn’t learn from that pressure, he learns from the relief. You’re giving him that release – no pressure, no trouble. The horse will always want to trade for that. If he understands through all of these things he tries to do for you that he’s going to get this relief and comfort from you, he’ll never stop trying.

RM:  That’s good, because isn’t that what every person would trade for? Peace, hope, and trust.

BB: That’s what we’re all looking for really. 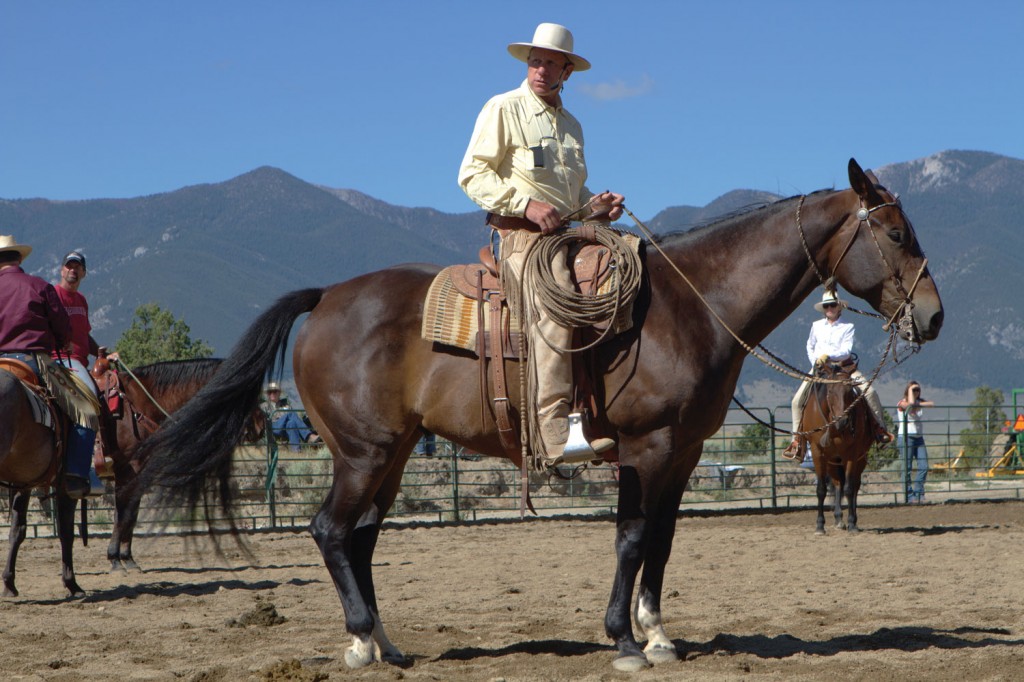 RM:  Did these principles help you when it came to raising your daughter?

BB:  Absolutely. The comparison to my dad, he was a bad man; he was not a good person. I had a good idea of what I didn’t want to be as a father, from him. And for years, before I had any kids, I would tell people; this is the same when you’re approaching human beings in relationships.

RM: You mentioned your dad and in the film we see that he’s abusive and pretty violent with you and your brother. When you were exploring that part of your childhood how does it make you feel now? Do you feel like you’ve healed?

BB:  It wasn’t a hard decision to include it in the documentary because of the fact that I’ve found over the years that people need to know those things about me to know that I’ve had an imperfect life, I’ve had some dark things happen to me, and that I’m as vulnerable as anyone else. With that, people tend to open up and share a little more about themselves and it gives me a starting place to where I might be able to help them with their situation. It became very disarming to use those things about my own life. I had been doing this in small doses for years and that’s sort of what touched the heart of Cindy [Meehl – director] and made her want to do this documentary. She felt there were a lot of messages in there that would apply to people that weren’t necessarily horse owners or livestock people. There is a certain kinship among human beings that we’re all trying to figure this out and have as good of a life as we can.

RM: What advice would you give to someone that might have been or currently is in an abusive situation?

BB: For years it’s just sort of been conventional wisdom that if you come from such a dark past you don’t have a very bright future and you’re probably going to follow the same path as your tormentors. And that’s simply not true. I’m not the only person that’s risen above these kinds of circumstances. The ones you hear the most about are the ones that make the news doing horrible things to others. Immediately everybody thinks, “I wonder what his parents were like?” You have to have it explained away and sometimes there is no explanation. To me the biggest point to it is, even though my childhood was taken from me, and once that’s taken you can never get that back, that’s gone forever, that no matter what happened, what they can’t take from you, is your free will. The opportunity is that you’re going to be met with some point in your life to make the right decision, so what are you going to go with? There is a point in everybody’s life when you can no longer blame someone else, no longer blame your mom or your dad, or whoever raised you or brought you up, you have to own it. Some might get a free pass for awhile so I don’t know what that age is, because it’s different for every person…but there is a point where you have to make a decision, “Which direction am I going to go with this?”

I figure if anybody’s got a hotline to God, she probably does. And that was a great influence to me in learning things about forgiveness.

RM: Did your foster parents help frame that mindset, was there a faith element you found, or just working with the horses – how did you come to this realization?

BB: All of those. First of all it was the horses because they were my refuge. That’s where I went to hide and that seemed to be for a period of time the only friends I had in the whole world. And then as I slowly grew closer to my foster parents; of course Betsy [foster mom] was such a great influence on me and obviously there was a great spiritual connection. I figure if anybody’s got a hotline to God, she probably does. And that was a great influence to me in learning things about forgiveness. I think all those things fell into place at just the right time where it helped to guide me into making the right decisions.

RM:  What is it about horses, why do you favor them so much over other animals?

BB:  Horses are so honest. If you basically feel like you can approach any horse and find a way, where given a little bit of time, he’ll want to be around you and he’ll choose you, then something in you just changes. It’s a very special relationship. Dogs have an unconditional love, and horses don’t have that, they are very choosy. If you betray a horse, he’ll never forget. Horses don’t have greed, and spite and hate and jealousy, or prejudices – they don’t have that. And if you think about that in terms of people, the least desirable people that we know, and we all know people like that, are ones that possess great quantities of those [characteristics] I just mentioned.

Buck Brannanman is often referred to as a true American cowboy.  He travels the county to help people better understand their horses and horses better respond to their people.  He sums it up best when he says, “Your horse is a mirror to your soul, and sometimes you may not like what you see. Sometimes you will.” 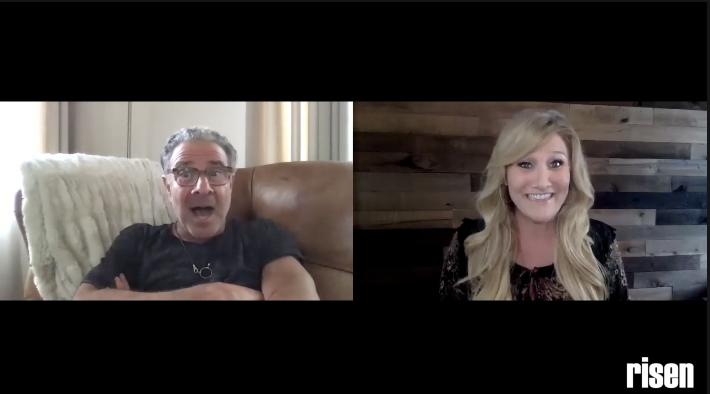 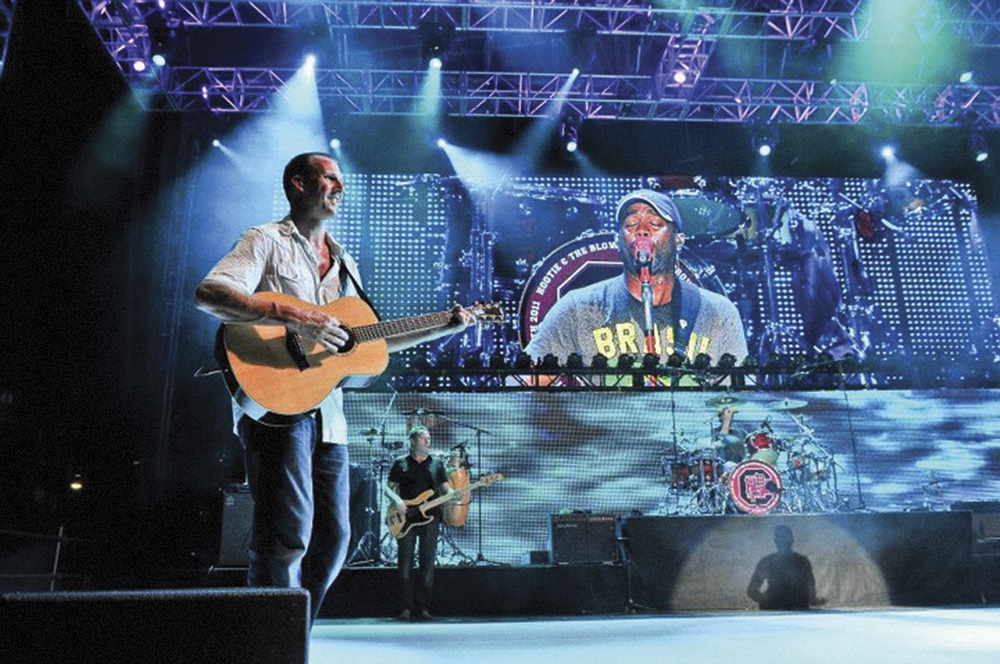 Sweet Surrender: Hootie and the Blowfish’s Drummer Jim Sonefeld Leaves A Hard Beat For A New Heart Beat Written by… 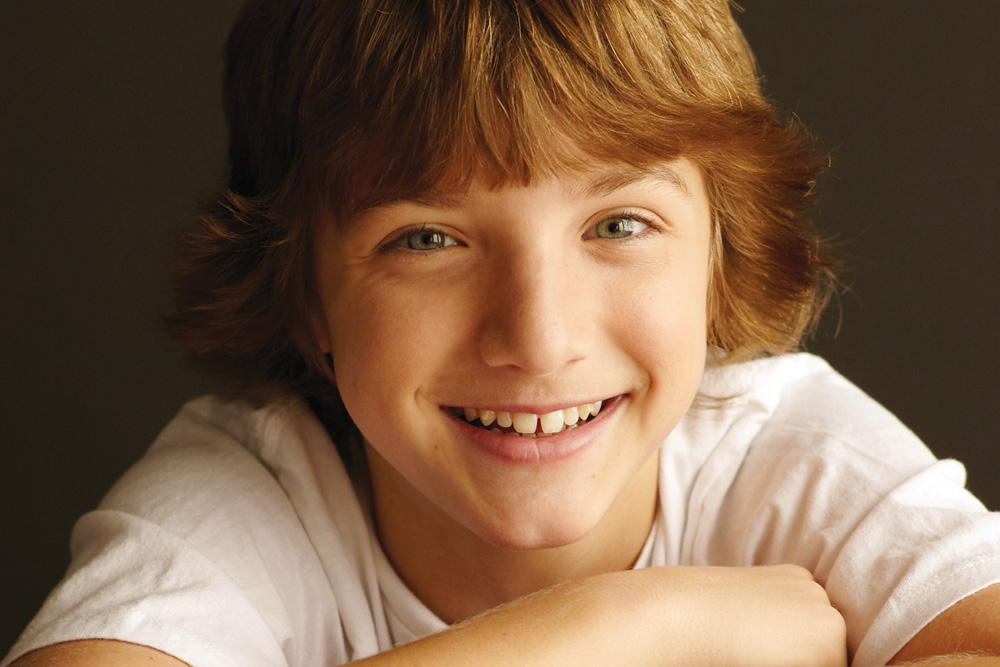 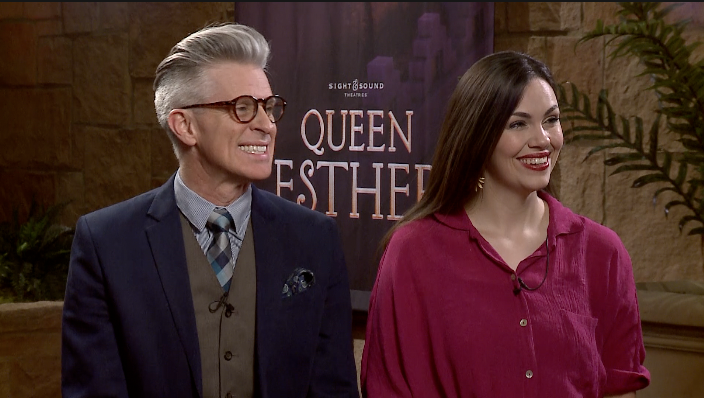