With 600 million monthly users and 300 million daily users, Instagram has quickly grown from an app to being a social network, business, commerce platform, and for some, a place to share their faith. Dave Adamson, a former magazine editor and TV sports reporter, decided to use his passion for photography to help his little girl. He started using photos he had taken around the world to teach her the Bible. Adamson, a pastor at North Point Ministries in New Jersey, oversees the church’s social media channels and North Point Online. He started posting his photos on Instagram, and it quickly grew. After thousands of people from around the world followed his daily devotions on Instagram, he decided to put together a book, Chasing the Light. Risen spoke with Adamson about how he transitioned from being a reporter to going into ministry, how his daughter inspired him, and what his hopes are for Chasing the Light.

Risen Magazine: You were once a TV reporter with one of Australia’s top sports networks, what made you decide to leave that job?

Dave Adamson: When I started working as a sports reporter, I was 19 years old and believed I had the best job in the world. I never had any intention to become a professional Christian. By my late 20s I was on television and my career was going up and to the right. I assumed I would always work as a TV sports reporter. In fact, it was so successful that ESPN called me from Connecticut and wanted to offer me a position on SportsCenter. I interviewed for a week, and when I was offered the position a few weeks later, I assumed I would simply take it. It seemed like a layup. But that’s when God side-swiped my wife Meg and I with the idea of full-time ministry. After praying about moving to the United States with ESPN, we felt clearly that God was telling us to turn the position down. More accurately, God told my wife we should turn it down, and since I trust that she hears from God, I agreed! 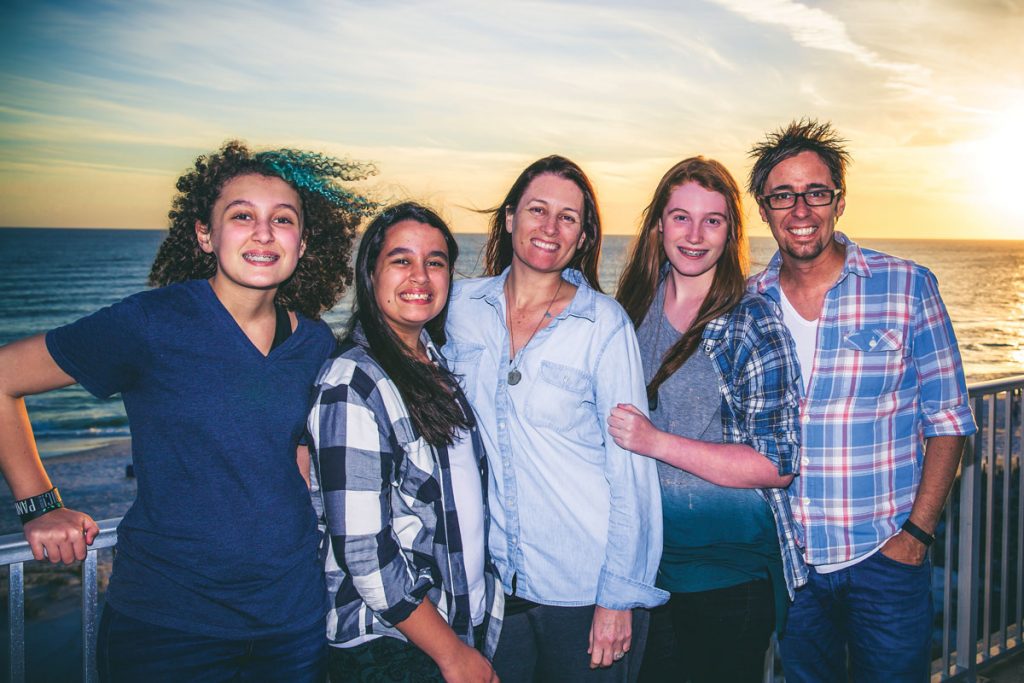 The Adamson Family: Dave and his wife Meg (middle), with their three daughters (l to r) Ella, Jordyn and Chelsea.

So there I was, stranded with no idea what to do after turning down what I thought was my dream job. I reached out to a pastor in New Jersey who I had been listening to through his podcasts to ask advice. To my surprise, he emailed me back and asked me to call. After two phone calls and a video call, he told me he had been praying for a person with a background in the media and pastoral heart, and he believed I was the answer to his prayer. He flew Meg and me over to New York and promptly offered me a position as creative director and church online pastor. I accepted and we sold our house, our cars and most of our possessions to move our three daughters to New Jersey! It was the last thing I expected to be doing … but it’s now the only thing I can imagine myself doing.

RM: You started using your photos to reach your daughter who struggles with dyslexia about the Bible. What made you decide to put this book together?

DA: Our youngest daughter loves church and Jesus, but has always struggled with reading the Bible due to her dyslexia. I started spending our breakfast time together showing her prints of the photos I’ve taken around the world, and linking them to biblical ideas and stories. I used the photos to tell the story or biblical concept. What I saw was that she not only understood what I was teaching her, she could also recall the story and application hours later. She had learned it through the images. Not surprising when you consider that thanks to social media, images are the language of the 21st century.

I decided to put the photos and devotions I shared with her on my Instagram account as a permanent record for my three girls on everything I know about Jesus. I didn’t realize, and could not have predicted, that my Instagram would take off as a result, but I soon had 5,000 followers, then 10,000, then 15,000. I now have over 24,000 people reading my devotions each morning. That’s when a publisher approached me to put them in a book. I didn’t plan on it. I didn’t pursue it. The devotions and images just seemed to resonate with people like they did with my little girl. People were encouraged and challenged… so they kept recommending my work to others.

RM: What is your hope for Chasing the Light?

DA: My hope really is that people will take a step in their spiritual journey as a result of reading these devotions. I hope they get new biblical insight. I hope they read the stories of the Bible a little differently, because I try to give them some cultural and historical context to the ancient stories. I hope they get ideas on how to pray, tidily apply their faith, and biblical concepts. I hope the images in the book act as a type of parable that gives people a deeper understanding of scripture. The book is 90 photos I’ve taken around the world, which I leverage to introduce my readers to a deeper cultural or historic insight into a biblical verse, story or concept. Each devotion includes a practical application that I hope encourage people to put their faith into practice. 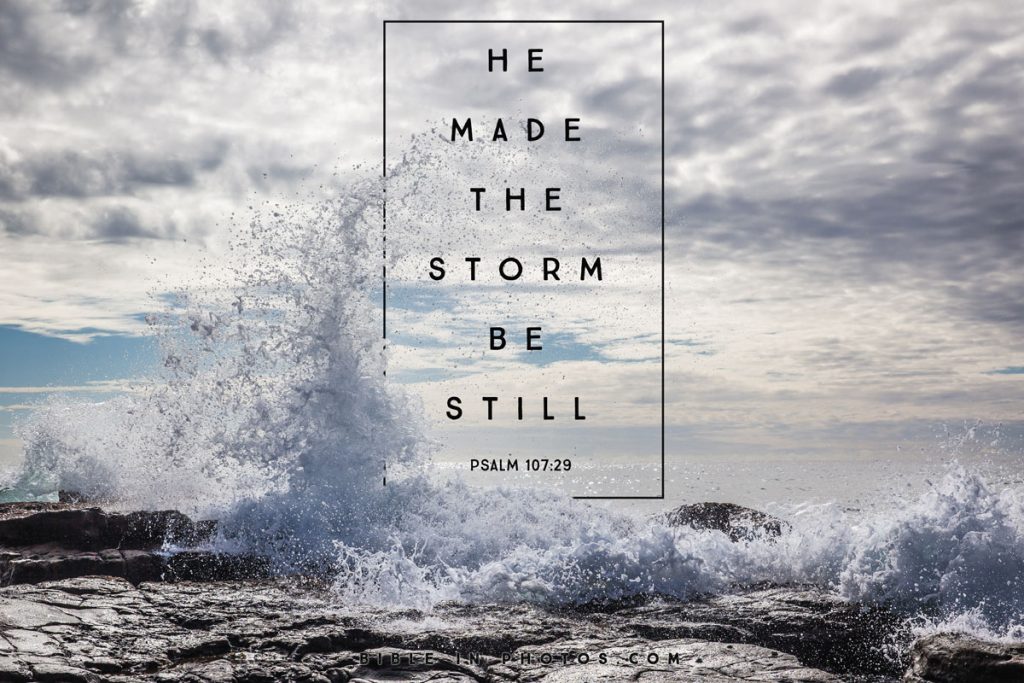 Throughout the Bible, large bodies of water are the cause of problems – from the flood of Noah, to the Red Sea blocking the exodus from Egypt, the Jordan River stalling Israel from entering the Promised Land, to the storm at sea that scared the disciples. So it’s no surprise then, that the Hebrew word for “water” has the same root as their word for “chaos”.

But as many times as God’s people face the chaos and turmoil of water – God also shows up to provide a way out. He saves Noah and his family, He parts the Red Sea and the Jordan River, and Jesus calms the storm on the Sea of Galilee. And even in the beginning, the Spirit of the God was “hovering over the waters …” at the creation of the earth. The message here is that whatever chaos or uncertainty you’re facing today, God is in control of your situation, just as He has been throughout the Bible. 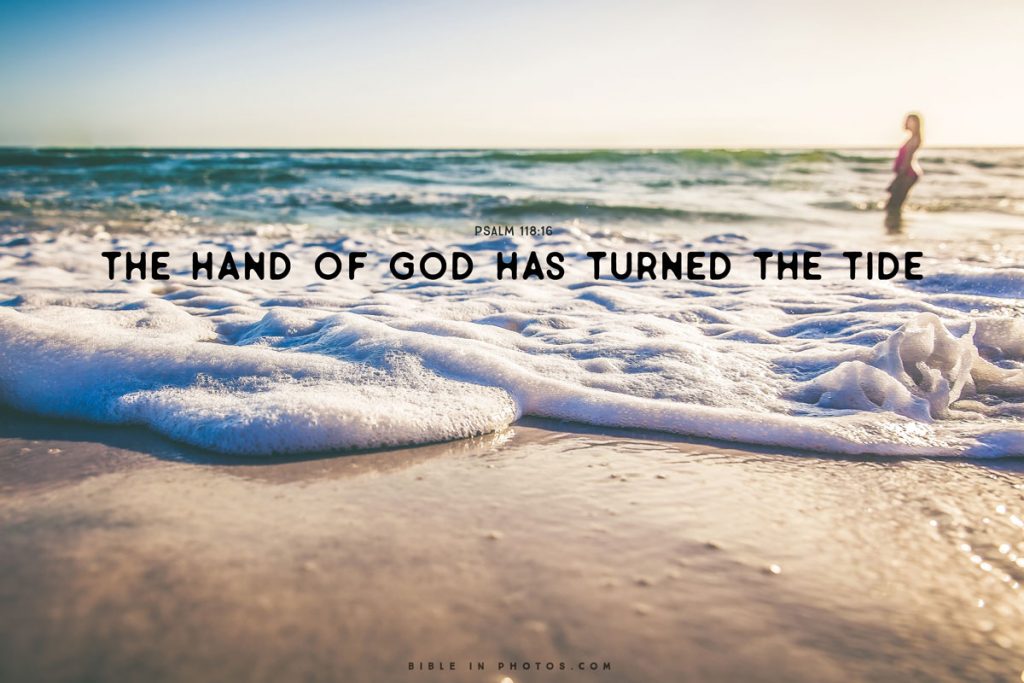 Do you ever feel like the tide has gone out on your faith?

When you’re at the beach at high tide, everything looks picture perfect when the waves are washing up on the shore … but when the tide is out, the beach looks muddy and bare, and the seaweed that is normally hidden below the surface is on display for all to see.

What helps me in these moments is an ancient Jewish teaching called “devakut” which means “to cling” or “stick” to God. The modern Hebrew word for glue – devek – comes from the same root. The idea of “devakut” is that when we commit ourselves to daily prayer and study, we become aware of God’s presence in every situation – good or bad. That’s when we understand that no matter how we feel or what we face, “… the hand of GOD has turned the tide! The hand of GOD is raised in victory!” (Psalm 118).

Chasing the Light, published by Freely Give Company, 2016