It’s been 50 years since the Detroit riots rocked the city in the summer ’67, but some of these themes feel all too familiar. Academy Award winning director Kathryn Bigelow [The Hurt Locker, and Zero, Dark Thirty] tells the powerful story of one of the darkest moments during civil unrest in her new film DETROIT. Centered around the murders of three African-American teens at the Algiers Motel, this gripping crime drama has a great ensemble cast including John Boyega, Will Poulter, Algee Smith, Jacob Latimore, Anthony Mackie and John Krasinski. Risen talked with Smith and Latimore about meeting the men behind their characters, working without a full script, and the emotional subject matter. 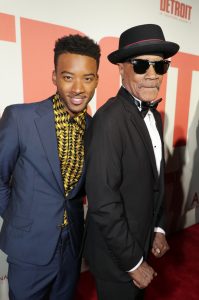 Risen Magazine: What was it like meeting Larry Reed, the real man behind the character you portray? And maybe speak a bit about his band The Dramatics and how his dream shifted after the incident at the Algiers Motel.
Algee Smith: I didn’t get to meet Larry until the last week of shooting when we went to Detroit. First of all, he doesn’t talk to everybody. So, meeting him was just a blessing in itself. When he opened his door, he just bust laughing. He was smiling. He was like, “You’re going to play me real good. I can see it.” We just had this moment, and I sat down. I talked to him for three hours on his couch. He was showing me all the pictures. He let me feel where the crack in his skull was, still, to this day. He was showing me all the gashes and everything still on him. It was kind of challenging to connect on that aspect while filming since I’ve never been that brutally beat by a police officer. I know how it feels to be harassed as a black man. I know how it feels to be talked down to from a police officer and I know how it feels to be looked at a certain way when you walk into somewhere. But, we had to try our best; to just muster up that feeling of how were they feeling? There’s no words.

I feel like Larry represents redemption. He represents an average person that can understand just having the simplest dream, whether that is for him to be on stage at the Fox Theater or whatever your dream may be. And so, he was humanized, in that sense. The Dramatics gave him purpose, they gave him a dream, and he was so innocent. His innocence in the Algiers Motel plays a part too because Larry had no faults. He’d never been to court. He’d never been to jail. He was a completely innocent person being put through this horrific situation. And so, I feel like they humanized him, and then he got dehumanized so much when he had to drop down to his knees, and start praying for his life. And, watching this, and hearing that his best friend got murdered that night, and everything just stripped of him to the point so where he just felt like, “The only place I can go is the church, if there is a God. If I can find peace here, then I got it.” 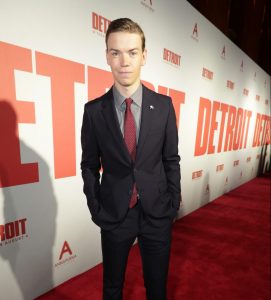 RM: Jacob, both you and Will Poulter, who plays the racist police officer, worked together on The Maze Runner and now you share the screen in this film too. There is a very poignant scene between your characters. How was this handled with your past friendship but the hate that needed to be in the moment?
Jacob Latimore: Every time I speak about it I get kind of emotional. I commend Will for really digging deep into this, because he’s one of the nicest guys I ever met. You know what I mean? So, for him to play such an evil person, he really dug deep for it. Every time he got on set, he tried to be as serious as possible. But, I think when we got to that scene, he couldn’t take it any more. He broke down. He literally ran out of the building, and then Algee went after him. I wanted to go after him as well, but I wanted to stay in the scene. I wanted to get it over with. I think Algee was out there just embracing him.
AS: When I went out there to hug him, he was crying so hard, I just collapsed, and I started crying with him. Will asked Kathryn [Bigalow, the director], “How many more times do we have to shoot this scene?”
JL: As soon as they said, “Cut,” we just embraced for like 5-10 minutes. It was exhausting. That was probably the hardest for me, just knowing our relationship off-screen. It’s so like, “Bro, wussup? Where you going? Where you at?” But, it also made me more comfortable to do those types of scenes as well.

RM: Speaking of the scenes. I understand you didn’t even have a full script? How did that impact the way you told this story?
AS: Usually every movie set I’m on, I get the full script. I know exactly who my other characters are and who the characters I’m not interacting with are. But, she [Kathryn] kept us in that place where we just don’t know. My agent would call saying, “So, what’s happening on set? What’s going on with the movie? What’s the script like?” I’m like, “I don’t know. Okay? Stop calling me. As soon as I know, I will tell you.” [Laughter]. I didn’t get the full script until literally the last couple of weeks of shooting. But, when we see the movie, it was worth it. 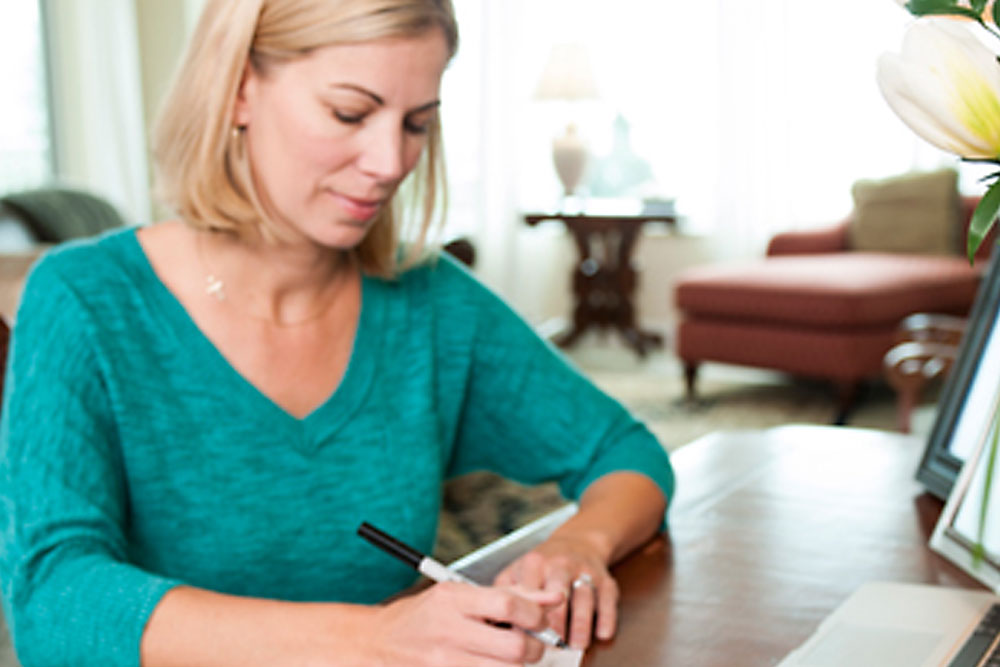 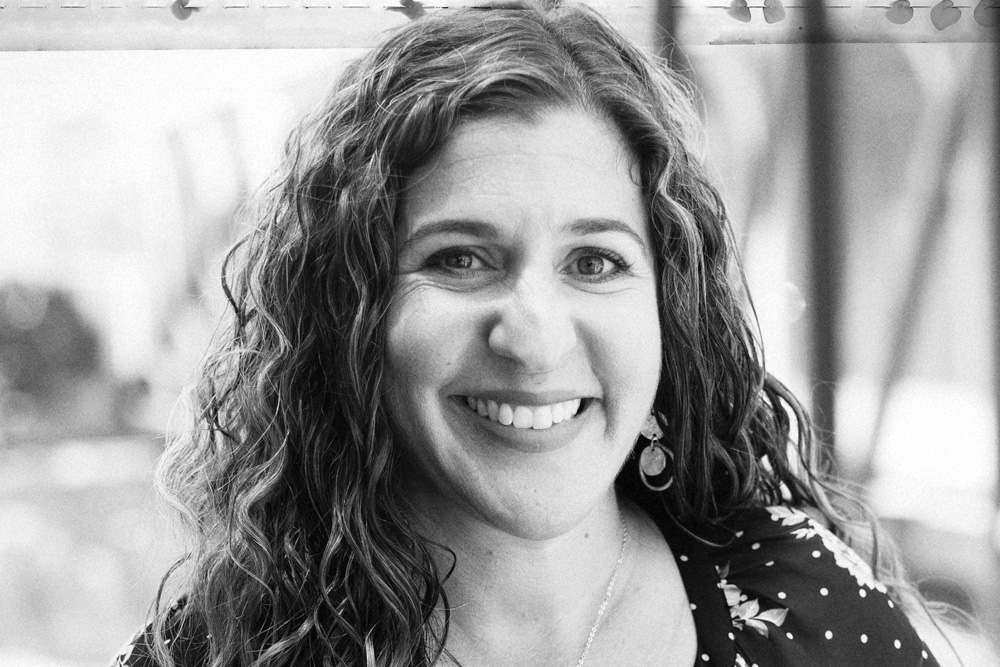 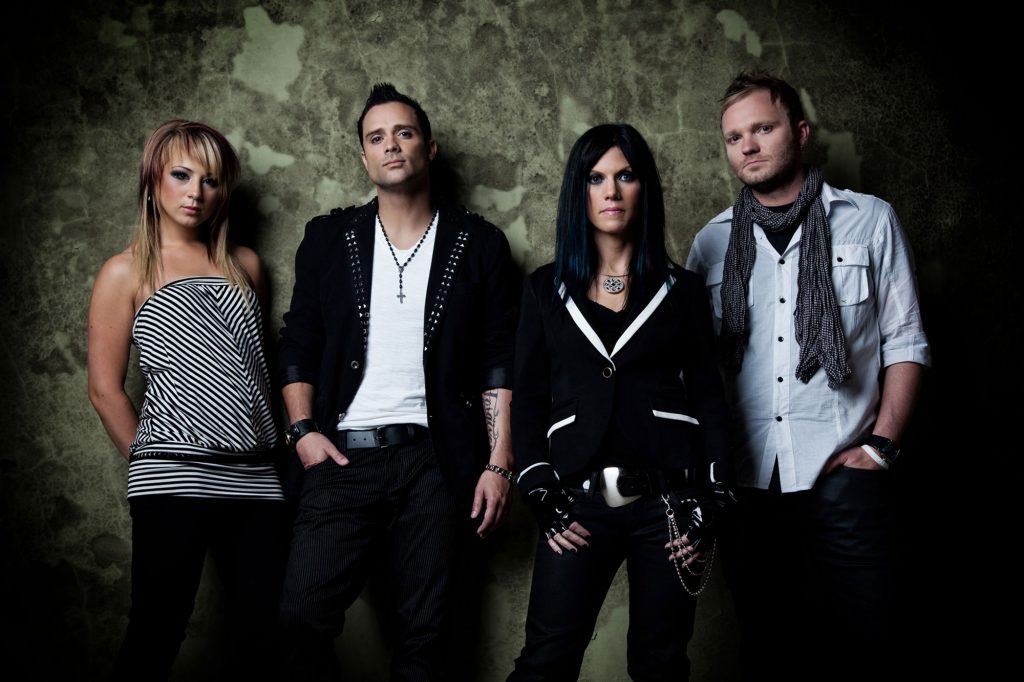 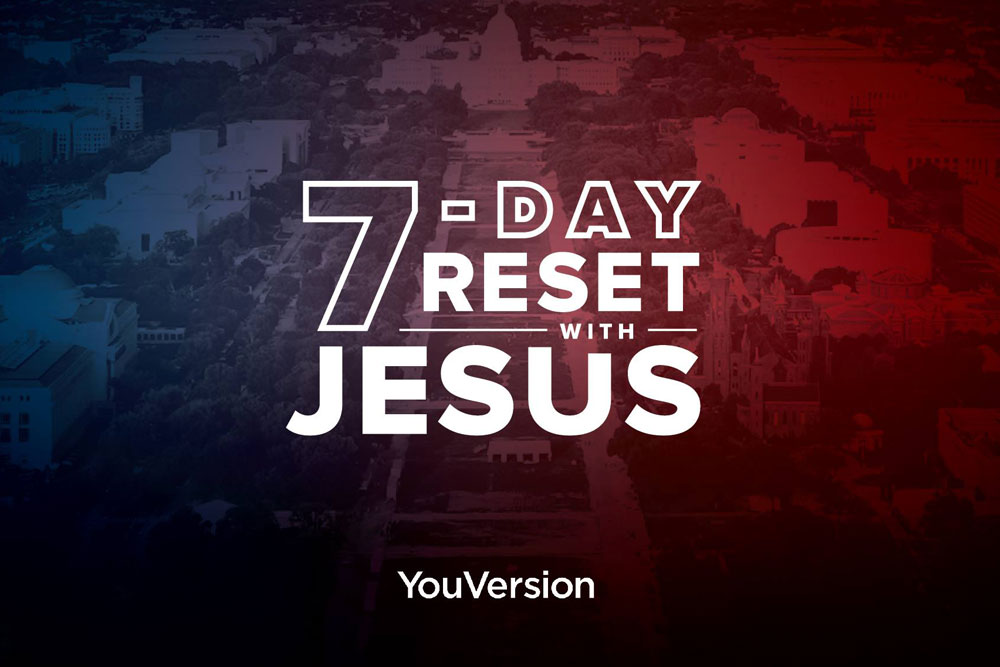 Democrat, Republican, Independent, Black, White, Hispanic, Asian, Male, Female, the list is endless on ways we can identify ourselves. Rather…