New York Times Bestselling author Veronica Roth’s Divergent trilogy has been compared to similar young adult books such as The Hunger Games because of its themes and target audience. It’s set within a futuristic, dystopian version of Chicago where teenagers are divided into groups based on personality traits. The final book is scheduled for release in October, while the feature film based on the first book, Divergent, hits theatres in March 2014. Taking a break from production to attend Comic-Con International, the cast was eager to share thoughts about their upcoming film.

Risen Magazine: Divergent has an interesting premise where teenagers get put into different factions (sectors) based on personality traits. Where would you have found yourself at that age?
Mekhi Phifer: Yes. Society has broken up into factions and when you turn 16 you get to choose your faction, but once you choose it, you’re stuck with that faction. It kind of shows the theme how you can’t lock-in the human soul. Even though you’re in one faction you might have feelings of other factions, and then how are you going to deal with that? My character is Max and he plays the leader of the Dauntless faction, so if I had to choose at 16 years old, I would definitely go with Dauntless, which means bravery. 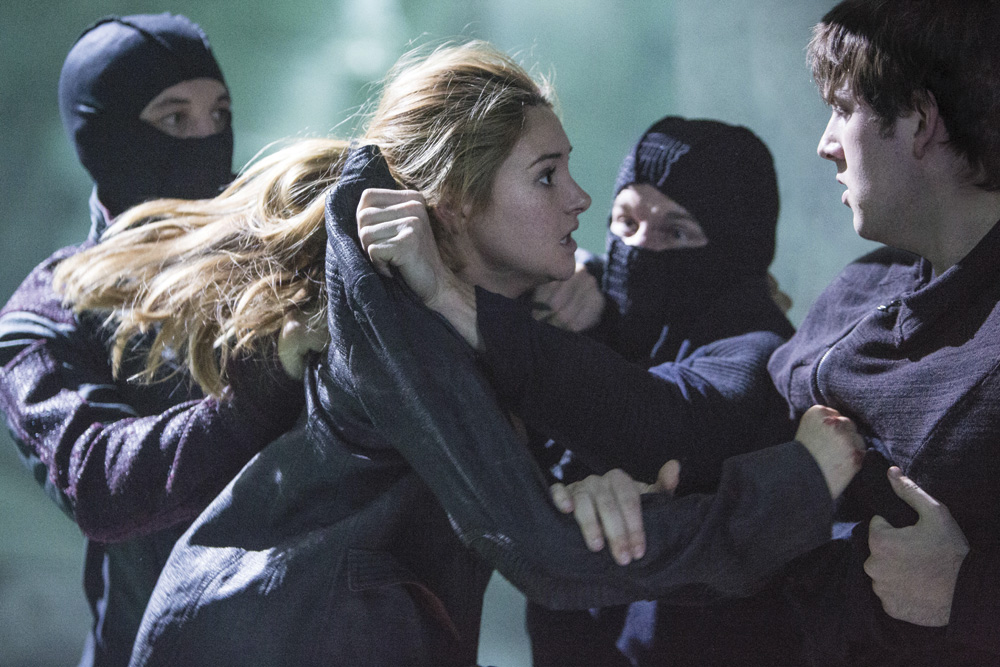 Risen Magazine: What does bravery look like or mean to you?
Ben Lloyd-Hughes: In the book, I think Will [the character he plays in the film] says something very poignant, and quite inspiring, he finds an original line from when the factions were first made and it says, “Dauntless believe in the courage for one man to stand up for another.” And reading it as an actor, I was very touched and I think that is what characterizes brave; standing up for another person, not being selfish and standing up for what you believe in.

Risen Magazine: When you were a teenager who was your sounding board that really helped you to make concrete decisions?
Maggie Q: I think it was my friends. I have a lot of sisters, but when you’re younger you fight. So, at that time, I had really close friendships and girlfriends that I would turn to about decisions.

Risen Magazine: Christian, you have a pretty famous family (Dad is Michael Madsen, Aunt is Virginia Madsen) so how do they or your friends help you navigate the industry?
Christian Madsen: I have a good core group of friends. I brought my best friend Taylor, and my brother Max, to Comic-Con, which has been kind of a crazy experience. I’m good buddies with my manager too, so I think a close group like that can keep you grounded. It helps keep a foundation under you so you’re not like flying off saying, “Guys leave me alone, don’t call me…” I think you can stay yourself in this [acting/fame] situation if you surround yourself with people that are going to help you grow and love you.

Risen Magazine: When was a time in your life that you felt like you maybe didn’t quite fit in, and you were searching for acceptance in some way?
Shailene Woodley: Probably around Tris’ [character she plays in film] age; in your teens you are figuring out who you want to be and who you are. So definitely during my high school years it was all about realizing who I am, what was important to me, what wasn’t important to me, and sort of going beyond the materialistic restraints of what high school can be.