Whether it’s a Macbook, iPhone, iPod or iPad, our lives most likely touch an Apple product through business, school or personal use. What many people don’t know is that Guy Kawasaki is one of the men responsible for helping Macintosh become a household name. Kawasaki was Apple’s Chief Evangelist for four years and introduced Macintosh to developers. After his time at Apple, he started a handful of software companies. In 1995, he would return to Apple as an Apple Fellow. This time, people were predicting that Apple was going to die and Kawasaki’s job was to revive the Macintosh following. Throughout his career, Kawasaki has written thirteen books including Art of the Start 2.0 and The Art of Social Media.

While Kawasaki has an extensive resume, including a BA from Stanford University, an MBA from UCLA and an honorary doctorate from Babson College, he had humble beginnings. He grew up in a tough part of Honolulu and his parents made many sacrifices for his family. Today, in addition to writing and speaking, Kawasaki continues his crusade as a brand evangelist. He is currently Chief Evangelist at Canva, an online graphic design tool which enables the average computer user to become a graphic designer. He is also a brand ambassador for Mercedes Benz and on the board of trustees for Wikimedia Foundation. Risen talked with Kawasaki about what it was like to be one of the first people to use the word “evangelist” as it relates to business, and why he is passionate about empowering people.

Risen Magazine: We’re living in an era where some interns are getting paid six figures and other interns are writing memos to CEOs about how they are living off rice. Looking back on your career and what you know now, what is something you would tell someone who is just starting out in their career?

Guy Kawasaki: Over the course of a career that’s starting today, people will probably work for ten to fifteen companies. In the old days, you worked for two to three. This means that you shouldn’t panic about any single/current job. Learn as much as you can in order to prepare for the next one.

RM: You are Chief Evangelist at Canva. Why do you feel that graphics and photos are a vital part of storytelling and marketing?

GK: Graphics and photos are a vital part because there is so much noise in the world. Text alone is just noise. You need to have graphics and pictures to stand out and to effectively tell your story.

RM: You have been described as wanting to empower people. Why do you feel like this is your calling?

GK: Why do I feel this way? I have no idea. It just became my calling over time. It probably started with Steve Jobs and the Macintosh Division because the goal then was to empower people with a new computer.

The most important thing in evangelism is the cause itself. It’s easy to evangelize something great. It’s very hard to evangelize mediocrity. What could be a better cause than eternal life?

RM: You’ve said that money is the antithesis of social media. Can you expand on that?

GK: Social media is fast, free, and ubiquitous. It’s a meritocracy based on who can post the best material. When you have money, you think you can buy your way to success with social media. Unfortunately, this usually means abdicating responsibility by hiring an expensive agency and feeling like you’ve done all you can.

RM: Early in your career you went to Billy Graham’s evangelism school. What was that like?

GK: It was a highly unusual experience. These folks were real evangelists. I learned a lot from them about how to sell a dream. 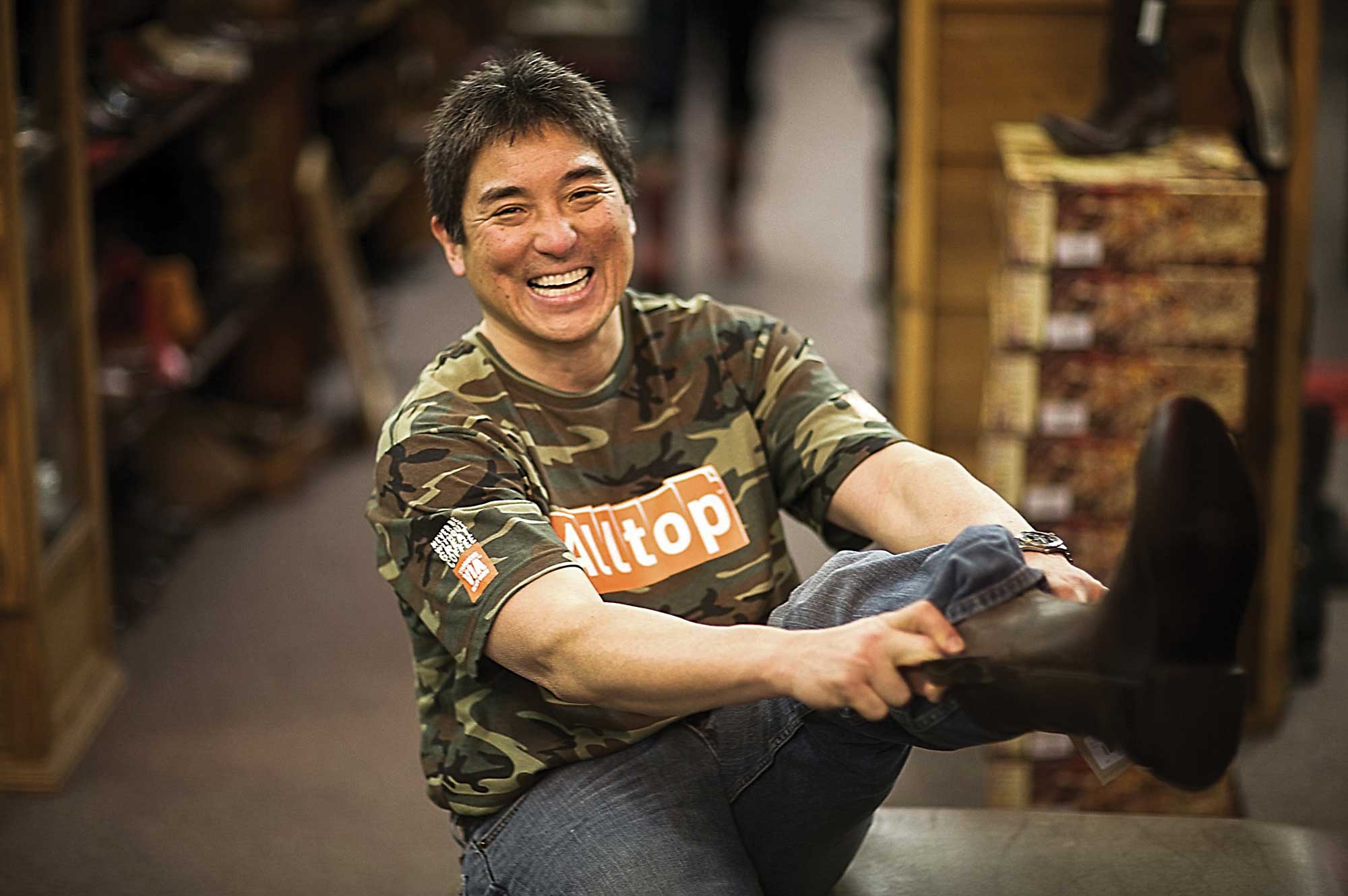 RM: You were also one of the first people to use the word evangelist outside of the Christian culture. Was that supported or criticized?

RM: How would you describe your spiritual journey? And what role does that play in the work that you do?

GK: I came to Christ because of the family of my wife. It was, in particular, the influence of my wife’s father. This has shaped my morals and ethics. I hope that I’m a better person and businessman because of it.

RM: From being a brand evangelist for Apple, Canva and Mercedes Benz, what could you share with pastors, people in ministry and non-profits where evangelism is a component of their job.

GK: The most important thing in evangelism is the cause itself. It’s easy to evangelize something great. It’s very hard to evangelize mediocrity. What could be a better cause than eternal life?

RM: Looking ahead at the next 10-20 years of your life, how do you want to leave your legacy?

GK: I want my legacy to be many empowered people. I hope to do this with my writing, speaking, and even my social media.

The youngest sibling of five, Tim Tebow, and his brother Robby produced the new film Run the Race. The goal...

This Friday, July 3rd, the smash hip-hop musical HAMILTON, featuring the original 2015 Broadway releases on Disney+. The musical has...