Jerusalem  is arguably  the most fought over piece of land in history. It is the center of the world for billions of people of faith. Inside the city walls, Jews, Christians, and Muslims live side by side, but in separate quarters. How did half the people of earth come to cherish the same tiny space? In Jerusalem 3D, Producers Taran Davies and George Duffield give viewers a rare glimpse of the iconic site through the IMAX medium. Risen got a chance to catch up with the two producers as they debuted the film at the California Science Center, which also offers museum goers a chance to view never-seen-before parchments at Dead Sea Scrolls: The Exhibition (see inset). The movie and exhibit paired together is being hailed as “a blockbuster museum experience.”  Davies and Duffield explain why.

Risen Magazine: In your movie, Jerusalem 3D, you try to capture how half the people in the world have come to cherish this same tiny space.
George Duffield: We tried to capture Jerusalem’s universal appeal and give a taste of what it is like to live in Jerusalem today, by people of different faiths who call it home. We had a $9.5 million budget to try to accomplish this [Laughs]. These are Hollywood production value films, not just documentaries. In order to film some of the shots, we even brought in a helicopter from another country.

RM: The viewpoint of the movie was, surprisingly, of three young females. Was this a coincidence?
Taran Davies: We definitely started out thinking, “Wouldn’t it be lovely to hear about this part of the world from its youth?” That is, after all, our core audience at the Science Center and other science centers where this film plays. So, we set out to cast the film for kids. We interviewed a bunch of kids of all ages. But we found these three young women. We never intended to have these women tell the whole story, but they were clearly the most charismatic characters. And then, this was suddenly a way to tell a story from this part of the world in a fresh way – from its young women and the future.

RM: Why the IMAX medium?
TD: I just watched the film again and I’m watching some of those majestic shot sequences and I would make another film for five years, and raise that same amount of money, just to sit and watch that shot again. That to me is the most transcendent experience.

GD: This is the most immersive medium in the world. If you want to reach kids, which is what this [experience] is about, then the IMAX screen in these museums is the single best way to do that. They sit here for 45 minutes – they can’t look at their Facebook pages, they can’t do anything else – and they are absolutely absorbed. You ask any current NASA astronaut and they will tell you that they are in space because they saw an IMAX film about space [Davies laughs]. These films inspire people to do crazy amazing things and that’s why we love making them. We’re reaching people in a way that no other medium can. YouTube cannot do what these IMAX films can do.

RM: Part of the movie making process is getting the permission to film certain places and people. With Jerusalem being so religiously and socially diverse, how complicated was that task?
TD: The process of getting permissions was a three-year odyssey that involved getting cups of tea…and some stronger substances…with whoever we were meeting with, endlessly, until we had earned their trust. It was just a matter of convincing each community that we were going to show their story in a respectful manner. The medium of IMAX is very helpful in that sense because we were able to explain that the California Science Center would never show something that wasn’t evenly balanced and reasonable. But it was a huge amount of trips to Israel and a lot of smooth talking.

RM: Were there any parts of the film that you couldn’t show?
GD: The toughest part about telling any story is deciding what goes in and what stays out. At the end of the day you have to serve the arc of the story. There are a number of shots that hit the cutting room floor. For instance, some of the iconic places of the Bible didn’t make it in.

RM: What was the toughest shot to get?
TD: I’d say the most difficult shot was Ramadan. It was a really, really hard shot. It took five years to get, and we got it at the last moment. Without it, we wouldn’t have the Muslim high note.

GD: Another element to making a film like this is silence. It’s finding room to just appreciate the visuals and be able to inhabit them without words getting in the way.  I’ll bet half the people watching the film don’t even have a clue what was said by Benedict Cumberbatch [the narrator] because they were so caught up in the visuals. [Laughs]

RM: The actor Benedict Cumberbatch (Sherlock, The Imitation Game, Star Trek into Darkness) was an unexpected triumph as narrator. Why him?
TD: He was definitely our first choice. I called his agent and he was immediately interested in Jerusalem. The thing about Benedict is he’s a very thoughtful and clever person. He wanted to learn about the city. He wanted to be involved in the process. He showed up at the read through and he had already watched the film twice, and had a long list of questions. He was absolutely engaged throughout the whole process. Hats off to him, he does a great job.

These films inspire people to do crazy amazing things and that’s why we love making them. We’re reaching people in a way that no other medium can.

RM: One of the great things about documentaries is capturing a certain culture without them acknowledging the camera. With your massive IMAX cameras, how did you become invisible in all these communities?
TD: [Taran and Davies both laugh] That’s definitely the editing process. I actually watch the film and see little people in the film looking at the camera and it really drives me mad! Do you know the bane of modern documentary filmmakers is the iPad? Because people think iPads are cameras, so they get into these special places and they hold up their iPads and all you see is a forest of iPads! All I’m thinking is, “It’s a terrible camera and you’re ruining the experience for everyone else.” So, the answer is you want to get up high, you want to get above people, you want to get upfront, and you want to cut like crazy until you get the shot. However, IMAX is such a long running format; you have to hold the shots too. That amazing shot at the end with everything on fire and the guy coming towards you…we had three cameras working on that shot and everybody was filming all the time. We got that one shot without iPads or people annoying us.

RM: Will Jerusalem 3D ever be produced in a format that we can watch at home?
TD: Yes absolutely. But the key thing now is to experience it on the IMAX screen.

RM: Is the ending of the movie a statement about peace?
GD: We were very careful with the end. These girls are who they are; they live in separate quarters and this is their life. The ending, we believe, accurately reflects the status quo at the moment.

TD: Our producer Jake Eberts, who produced Gandhi and Driving Miss Daisy, died tragically during this process. He said at the very beginning that we’ve got to have these girls come together at the very end. And one thing about Jake was that he was always right. So we had to have the girls come together. Then we shot the sequence of them coming together. And in the process of making this film, they become friendly and even promoted the film together in certain museums where it’s opened.  We filmed a sequence of them being together and being friendly, but we felt that it was the filmmakers who wanted that sequence there, yet it really shouldn’t be there. In the end, we all felt like the sequence that best reflects their reality is the one that you see in the end of the movie.  The thing about these films is you’ve got to be authentic. So, to answer your question, is this a film about peace? It certainly is. We want to take you to places to gain an understanding of things, immersing you in these different worlds in this ancient city. But it is what you make of it. I hate to be cryptic, but that is Jerusalem.

RM: Did the girls write their own dialogue or was it scripted for them?
GD: The girls very much wrote their own dialogue. Our director spent a lot of time with them and got out of them what it was that they wanted to represent about Jerusalem. Of course we helped them with the exact language, but this was their thinking and their thoughts.

RM: What have the people in Israel who helped to make this film thought about it?
GD: The film has not yet shown in Israel. We’re waiting for an IMAX theater to be built that can show it in its splendor.

TD: The reception so far has been really very positive, especially for making a film that could be considered to be very political. In fact, the film this past year has won “Best Giant Screen Film” and “Best Cinematography”. National Geographic, our distributor, won “Best Big Idea” for Marketing Outreach.

RM: Did you have a specific moment or day that was most memorable throughout the whole process?
GD: One of the joys for me was filming in the Church of the Holy Sepulcher. To get the shots of the tomb we had to be locked into the church overnight. The church store closes at 9 o’clock and that’s it. No one comes in or out – not the pope or anyone. They took our 50-person crew and we were locked in until the doors opened at 6 o’clock in the morning. We did all the filming and then fell asleep around the Stone of Unction until 4:00 a.m.. A few of us came up with some horror film ideas. [Laughing] It was remarkable. You were sleeping with your head on a rock next to the Stone of Unction. It was a powerful, spiritual experience. 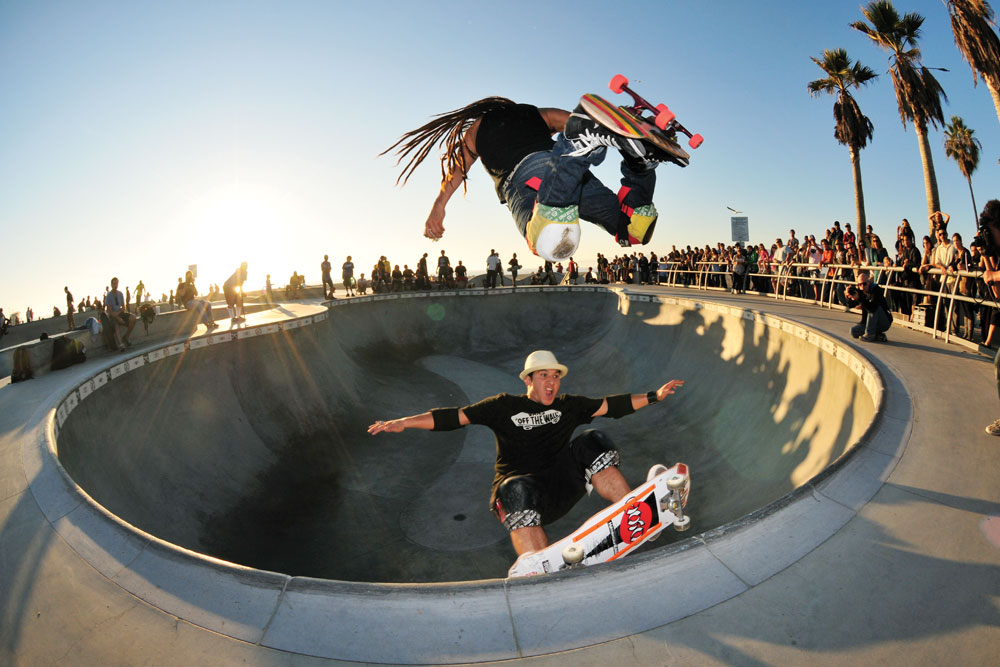 Producer DeVon Franklin teams with Director Roxann Dawson to bring Breakthrough to the big screen. Ironically, it all started in… 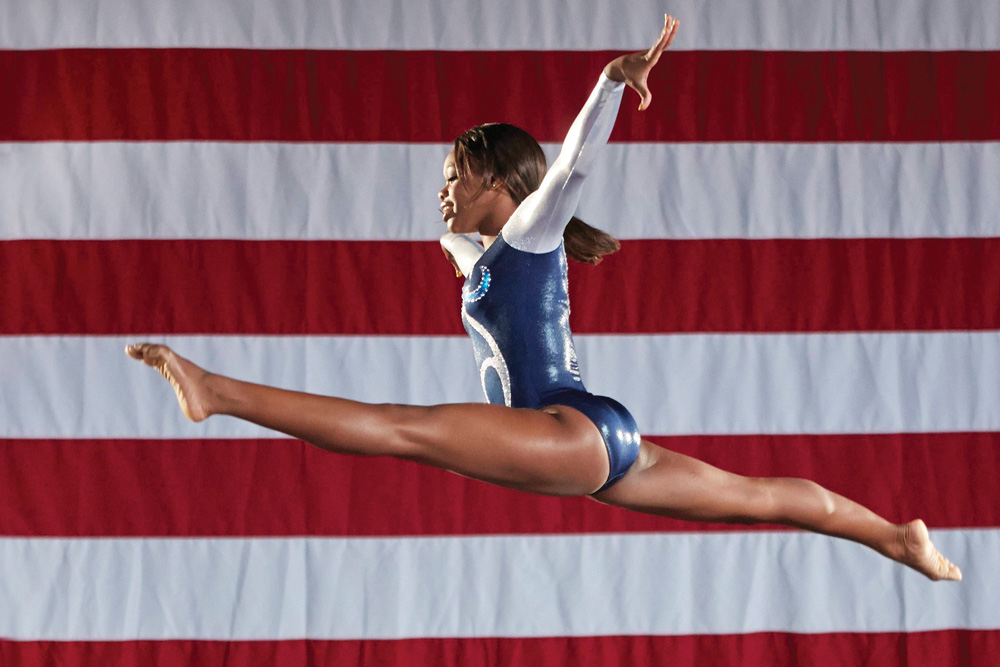 From Overcoming Obstacles to Becoming an Olympic Gymnast: Meet Two-Time Gold Medalist Gabrielle Douglas Written by Kelli Gillespie This is… 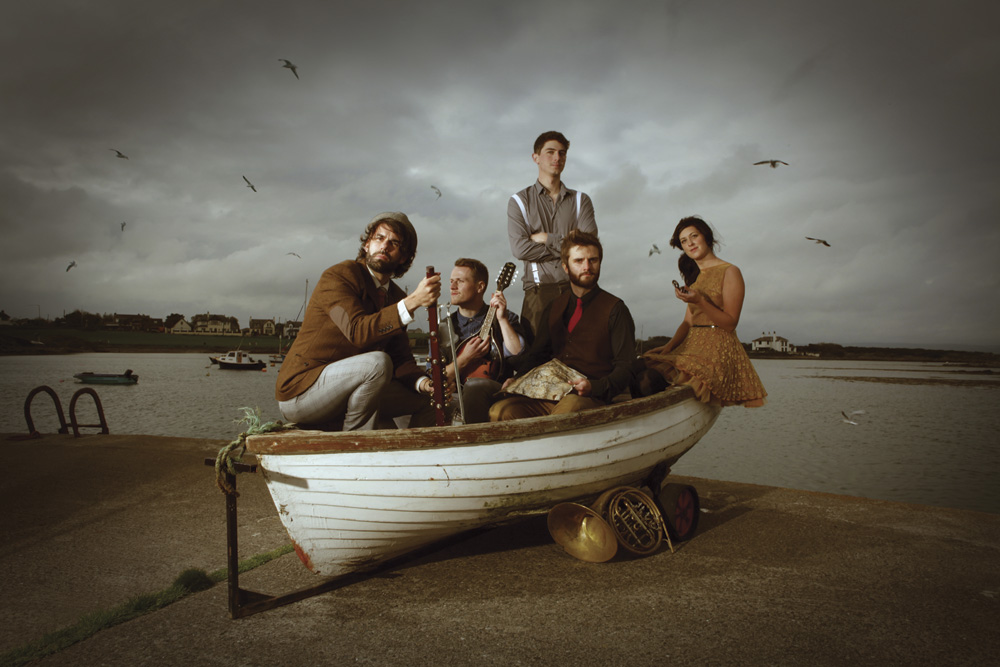