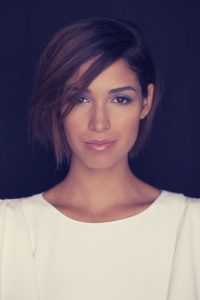 Singer-songwriter-actor Moriah Peters’ stars in Because of Graćia. The 24-year-old never even auditioned for the film but instead was discovered by director Tom Simes after he watched an I Am Second YouTube video that featured her. Despite being her first film, Simes cast Peters to star in the title role of Graćia – a girl with charisma, intelligence and conviction and a dark past, which makes the role that much more complicated to play. It would require an actor marked by their own struggles, pain and overcoming. Something Peters could relate to. It was not long ago that Peters was rejected on national television for her purity and perfectness by American Idol judges. But, it was after that rejection that Peters said she truly began to live a life that she could write songs about.

Peters considers the role in Because of Graćia, miraculous. “It was after watching the I Am Second video that the director reached out to my management and asked if I would be interested in reading for the role. He said he was looking for how a person responded with the cameras going and the lights on them. But, I never would have considered myself to be an actress. Those I Am Second videos are very vulnerable. You have to be yourself.”

And being true to herself is what landed Moriah Peters in the position of attending the premiere of her first movie and the launch of the first single by her all-girl band, Trala, all in the same week. She’s a very busy lady these days, but she still took time to talk to Risen about what is was like for her to watch herself on screen for the first time and  the advice her husband Joel Smallbone of for King & Country gave her about kissing on screen.

Risen Magazine: How did you land the leading role in Because of Graćia?
Moriah Peters: Oh man, it was a miraculous. I didn’t even audition for it. Nor would I have ever considered myself to be an actress. Being on camera…it’s a breaking. It will mold you. Being in entertainment can go one of two ways. It can either refine you to the point where you’re completely vulnerable. Or it helps you create a veneer.

RM: Which did it help you do?
MP: It’s interesting, when most people get on stage, a natural inclination is to put on a fake voice, to get into a character of some sort, or to exaggerate how they would normally speak. But over the years my goal has been to crack my own veneer. To get to the point where I’m comfortable in my own skin, even with the spotlight on me, to have a normal conversation with the people, without being fake.

RM: If you didn’t have to audition for this film, how did the role come about?
MP: So, the director of the film is a Canadian by the name of Tom Simes. He is amazing. I couldn’t speak more highly of this man’s character and his heart for people. He came across a YouTube video of me. And liked my vulnerability in the I Am Second video. He called my management and asked me to read for the role.

RM: What was it that made you say yes to the role, having never acted before?
MP: Well, I really loved Tom. But, I also loved that the movie was about a relationship between a Hispanic girl and a Caucasian guy. But, the script never comments on the difference of skin color. It’s just about two people from two different cultures coming together and falling in love. And I loved that. 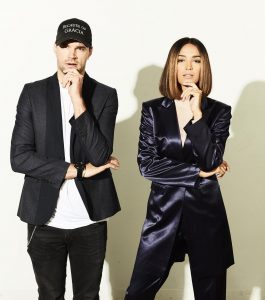 RM: You had a kissing scene at the end of the movie. And, it is a well-known fact that you waited for your first kiss with Joel until your wedding day. Tell me about that.
MP: Yes, in this film there is a scene at the end where the main characters kiss. We had a lot of discussion about whether this scene would take place. At first I was super opposed to the idea. I made statements like, “Joel is only person I’ve kissed and I want to keep it that way.” I thought it would be really awkward and I was nervous. So, I suggested that Joel stand in for Chris Massoglia and we film the scene in a way that it looks like Chris. But, it was actually Joel that challenged me with this thought. Our marriage is built on so much more than a kiss; it’s built on trust. Not to say that in general it is okay to kiss other people. But, for this story and in this particular circumstance a kiss really helps to seal the story and to give it an intimate, beautiful ending. So, we decided to go forward with it.

RM: What was it like watching yourself on the big screen? Were you happy with your performance?
MP: My husband has reminded me what a great film it is to have as my first film. Because, every time I watch it I’m like, “Oh gosh Joel, this is so embarrassing. I didn’t act that scene out right. I would’ve changed that. And he says, (Peters imitating Joel in an Australian accent) “Darling, not everybody can say that their first film was as quality as yours. You should definitely be grateful for your experience.” And I’m like, “You know what Joel, you’re right.”

Because of Graćia is in theatres now.

Look for our full interview with Moriah Peters in the next edition of Risen Magazine or you can find more information about the film at: http://www.becauseofgracia.com/ 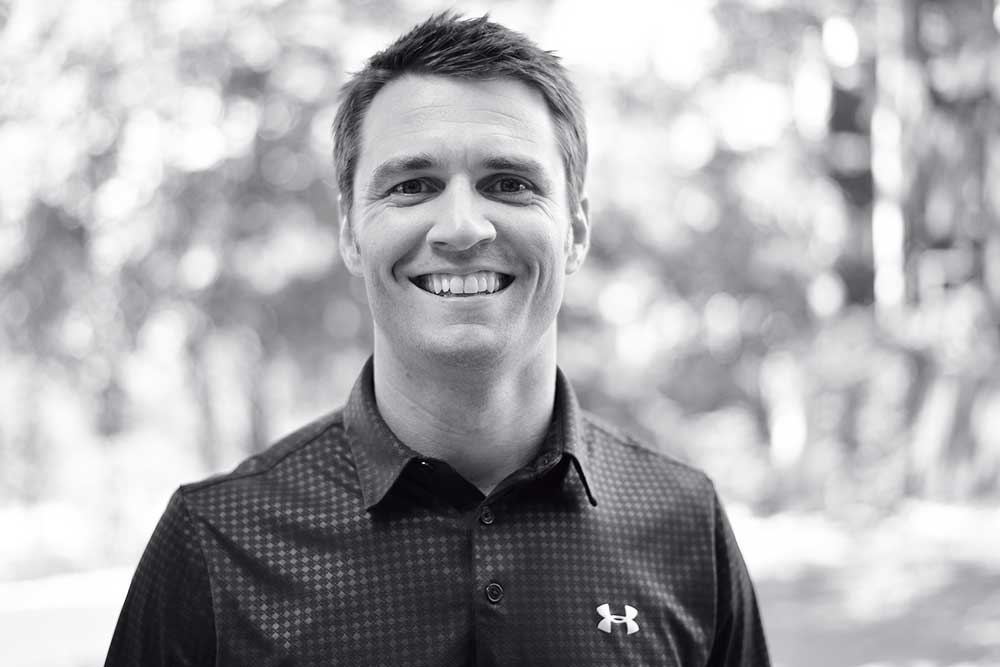 Whether it is a summer camp or church retreat, all of us have been there at one point or another…. 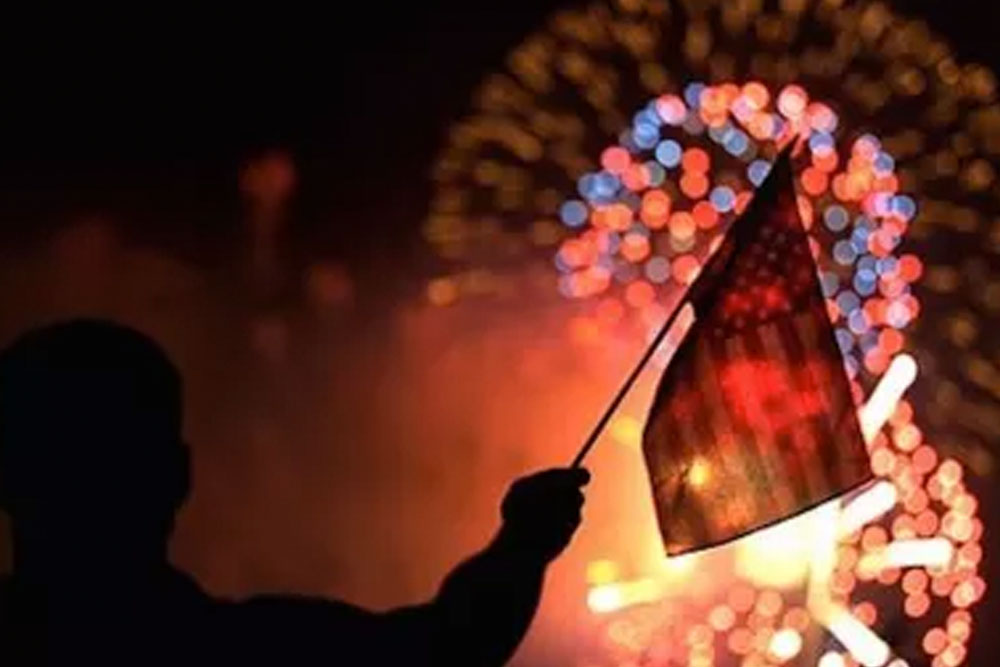 Fourth of July is right around the corner. While barbeques, pool parties and fireworks are fun, it is good to… 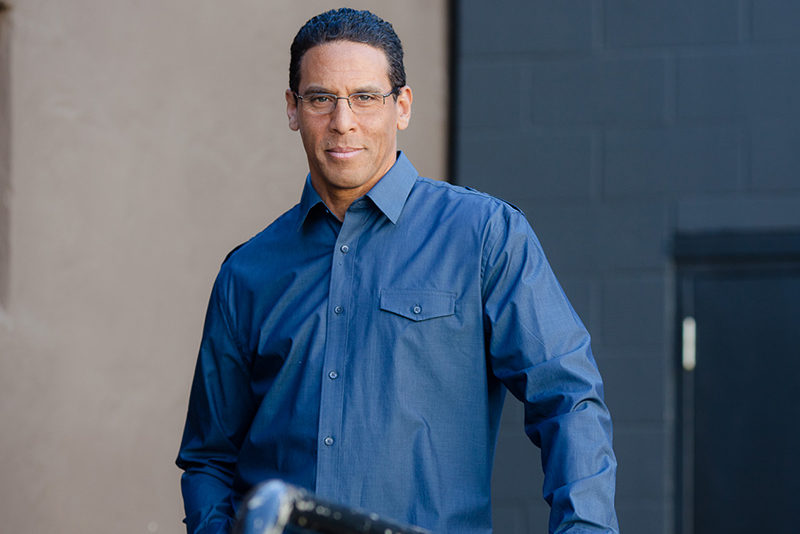 A Race For Unity with Miles McPherson

A recent increase in high-profile, racially-charged conflict has led well-meaning people to wonder what they can do to help alleviate…