Act of Valor stars a group of active-duty Navy SEALs in a powerful story of contemporary global anti-terrorism. Inspired by true events, it blends real-life heroism and original filmmaking from Scott Waugh and Mike “Mouse” McCoy. Risen talked with the co-directors about how these heroes must balance their commitment to country, team and their families back home.

Risen Magazine: What is your definition of a hero? How did you want to make sure that heroisim was shown onscreen through these military personnel?
Scott Waugh: We have to look at hero in the context on this film and these men. And in this case, you have men who are doing these absolutely heroic amazing things for their country and seeking no recognition. It was really fundamental for us.
Mike “Mouse” McCoy: It is somebody that is going to give 100 percent of themself to something…to give everything they possibly can for their brothers and want no one to know about it.

Risen Magazine: That behavior does seem extreme, so there has got to be a certain mentality attracted to that kind of selflessness. In your interactions what stood out to you both?
Scott Waugh: They all [Navy Seals] had subtle differences but the one common denominator with all of them was a never quit mentality. They will never stop. Before we met the guys I just thought they were these incredible warriors. And they were by themselves, and they were like the quintessiental “300” guys. But then when you got to meet them, you knew that they were incredible husbands and fathers, and that there is just so much at risk, other than just themselves – that was the separation as to what kind of man would do that knowing everything back home is on the line besides just himself. They are so fundamentally devoid of ego inside of the platoon, that the world can learn a lot from the way a Seal platoon works together.
Mike “Mouse” McCoy: Our biggest inspiration was [Navy Seal] Mike Mosour who won the Medal of Honor posthumously for diving on a grenade with his body on a rooftop and saving his brothers. That particular story really inspired us about what is going on with this culture. What makes it so special that you would make that decision in a split second in the middle of a combat mission? That really happened. This act of valor and others are definitely the epitome of never quitting.
Scott Waugh: This movie stars the Seals, they are amazing men, but across the military branches you hear stories like this, and with first responders. In the case of the Seals, a lot of time they are doing it for the guy to the left and the guy to the right, their brothers. But first responders are risking their lives on a daily basis to save people they don’t even know. That’s really inspiring to us.

Risen Magazine: Since this movie is based on actual events, using active duty Seals… what are the security risks, if any, when it comes to seeing tactics or strategies?
Mike “Mouse” McCoy: We’re showing capabilities that are well-known. But the Navy had a full scrub on the movie for what is called TTP – Tactics, Techniques, and Procedures. They made sure we weren’t giving away anything classified, or showing how you do something. We’re in step with the Seals, we don’t want to give the playbook to the bad guys. But we do want to really communicate what they are willing to do in battle.

Risen Magazine: How did you see the guys deal with fear?
Scott Waugh: You ask Lieutenant Rorke and he says he doesn’t experience fear. They are a particular type of breed that trains, and are extremely well prepared. I think they feel like their “operational planning” is so thought-out across the board, that there is a lot of confidence there.
Mike “Mouse” McCoy: It also was amazing how present and centric these guys were when the whole world is coming unglued. The absence of stress and how they are staying super centered in the middle of a gnarly gunfight with men down, and yet still maintaining control of their voice and communication, thoughts and actions, so they can stay tactical and get their platoon out of that situation; that’s just fascinating…there is no freaking out.

Risen Magazine: In filming the movie you opted for live fire gunfights – meaning these are not fake guns and bullets. What went into wanting to use real ammunition? Why take the risk?
Mike “Mouse” McCoy: As filmmakers it translates onscreen. There’s this visceral kinetic energy that’s happening inside of those gunfights that you can’t replicate or fake.
Scott Waugh: Everyone was on board. The good thing about it is if you’re going to be immersed in that situation, no better way than with the person behind the trigger being a Navy Seal. 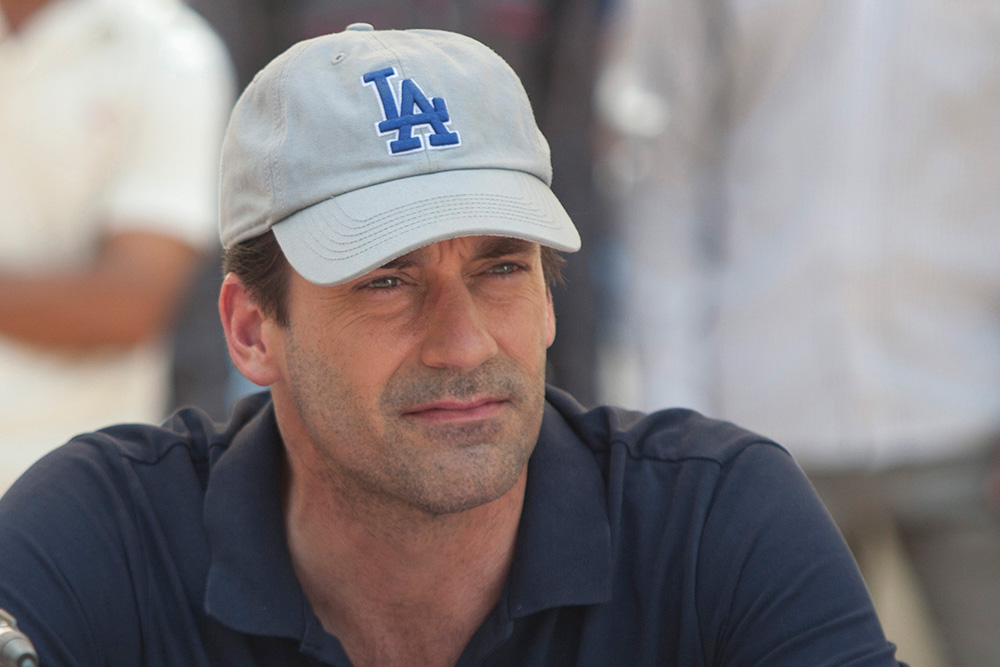