He’s portrayed iconic characters from Hans Solo in Star Wars, to Indiana Jones, and now Harrison Ford brings the beloved classic novel, The Call of the Wild, from Jack London to the big screen in a feature film with the same name. Risen talked with the rugged actor about his love for the outdoors, how his parents instilled a moral context and the importance of always making yourself useful.

Risen Magazine: Did you read Jack London’s book, The Call of the Wild, as a child?

Harrison Ford: I read it when I was in high school because it was assigned reading. It was part of the canon of American literature and I was very pleased to read it at the time, but it didn’t really stick for me.

RM: How do you feel about the adaptation of the story for film?

HF: We took some liberties, and one of the liberties that we took, I think brought something that’s important to the story, and that is to establish a kind of parallel between what was going on in Buck’s life and what was happening in Thornton’s life. You know, in the book, Thornton arrives and solves problems, but we don’t know anything about where he comes from; we don’t know what motivates him really. And so, we constructed a story which gave us the opportunity to see the parallel of Buck finding his destiny, if you will, and Thornton resolving his issues. As Buck was gaining the confidence and the courage to face his natural self, Thornton was finding the courage to go back and face the life that he had run away from. And I thought that was an important emotional element.

RM: If the midst of grief that one can experience, what do you think this film says about the resiliency of humans?

HF: I think the resilience is a gift. The human spirit is often indomitable and I take that to be a gift of nature, or of God. For me, they’re the same thing. They are the source of life. They are respected and understood to be a source of life.

RM: What is it about this script that attracted you?

HF: I’m always looking for a good part. I’m looking for an opportunity to bring a story to an audience and to have them find value in it. One of the things I think that we get from film, that’s really important, is the experience of being present in the context of a story and not knowing how you’re going to feel about it, but then having an opportunity to get some emotional exercise out of it, to feel our common humanity. And that’s why I really encourage people to see this kind of movie in a theater, with strangers, in the dark. Oh my goodness! Can you do that? Yeah, you can. [Laughter]. You can. It has such scope and scale. Even though a lot of that is generated by computer graphics, it’s done so beautifully, so sensitively, that I think it’s really a remarkable achievement.

RM: Speaking of the computer graphics, the dog, Buck, was not an actual dog in the movie. I understand a human actor portrayed him while shooting, but then he was CGI in the film. Can you walk us through this?

HF: I’ve had dogs all my life. I enjoy being around dogs. I love it. They give me comfort, they give me pleasure and we have a good time together.[However]We had no dog in the movie, but we had a wonderful actor and former Cirque du Soleil gymnast who was a presence, an emotional presence for me to relate to. The idea was to have an eye line. That’s how simple it was. You want everyone in the scene looking at the same place they’re supposed to be looking at. That was the gymnast part of it was he moved like a dog. And so he was an aid to animation because he would do the scene and then they would animate the dog over him and replace him. But for me, the job of an actor is to pretend. Pretend that they’re in a real circumstance; to feel, to be able to generate the behaviors of a feeling person. And so to have him there, to be able to scratch him behind the ears, to rub shoulders and such, it was – you know, it seemed a little weird at first – but we got over it.

RM: Harrison, when I think of you, I think of you as an outdoorsy person. You have your place in Jackson Hole, you fly planes, you own hundreds of acres… when you come in to film The Call of the Wild, it’s in the wild, yet maybe not always in the wild for you —

HF: It’s either in the wild, or Santa Clarita which is 45 minutes away through heavy traffic. [Laughter] But it worked really well. We built practical sets, which was a great value to the actors to the telling of the story for the camera to capture actors dealing with a real place and real things. But then we could add the Yukon above the first story, which was the practical set. And it turned out to give us artistic opportunities that we would have had a very hard time getting. It would have been more costly and less efficient. So, I was very pleased with it how it turned out.

RM: But, for you, when you’re in nature, what does it pull out of your personality or why do you feel so comfortable in that environment that you choose to spend your time there?

HF: Because I’m in the presence of the majesty, and the power of nature, and its Creator. I recently went on a 12-day raft trip on the Colorado river through the Grand Canyon. No phones, no contact with the outside world, occasionally I would see an airplane fly over, but that was it. And, twelve days is enough to lose touch with the complications of who you are and just allow you to slip into the place you are. And, it’s a powerful experience. You’re in the presence of timeless nature and it’s magnificent. That is what I look for, the essential aspects of life, not the noise of life.

RM: How much can you personally relate to your character in the story?

HF: That’s the edited me. That’s my curated, collection of the aspects of my personality, my understanding, my conviction. And that’s not always what you’re dealing with in the portrayal of a character. In this case, fits like a glove.

RM: Do feel like it’s more challenging when you can relate to the character or when you’re more different?

HF: Well, you only have your own experience. I mean, for all the art and artifice of acting, you are only able to express with some degree of authority the things that you honestly feel. And I think we all have the capacity to have positive feelings and negative feelings. The negative exists in all of us. We have to make sure that we are more attentive to the positive in our lives than the negative and that we behave in a way that adds credit to other people’s experience. But that doesn’t mean I won’t play a bad guy. I liked playing a bad guy as well because I want people to understand something about what it is that creates that kind of opportunity for, or that situation where a person loses the essential goodness I think that we all have the potential for.

RM: One of the themes in the film is heroism. You’ve played a lot of heroes, who has been one of yours?

HF: When I was a kid, I used to read a lot of biographies. I had a hero when I was about 10 or 12 years old and it was Abraham Lincoln. I grew up in Illinois. I had a Jewish mother and a Catholic father and both of them had fallen away from their organized religion but they were very interested in giving me and my brother a moral context. They found their moral context in service to others and a belief in social justice. That is what served as a moral compass for me as I was growing up.

RM: What would you say to a younger generation about putting in 110% effort, even if your part seems small?

HF: You can put 110% of yourself in it and not do the job because it’s not about you, it’s about the story. It’s about creating a character and behavior that articulates the story, that gives the audience the opportunity to see something happen in front of them. It’s very simple, just think about one thing. Be useful. Be useful to the telling of the story, to the dolly grip, the guy who’s moving the camera, work with him, don’t work against him. Don’t think it’s all about you. That’s not what acting is. Make yourself useful. It’s not all about you.

The Call of the Wild is in theates February 21. 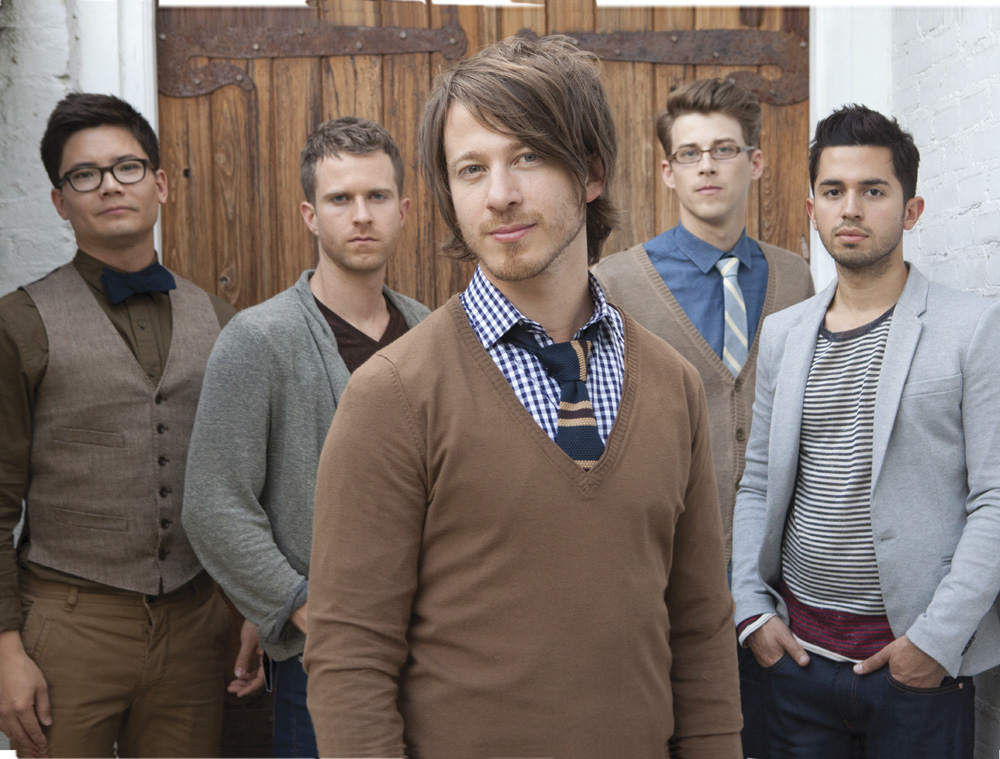 We Are Free To Struggle: Tenth Avenue North Challenges Others Through Music Written by Mei Ling Starkey Young or old,… 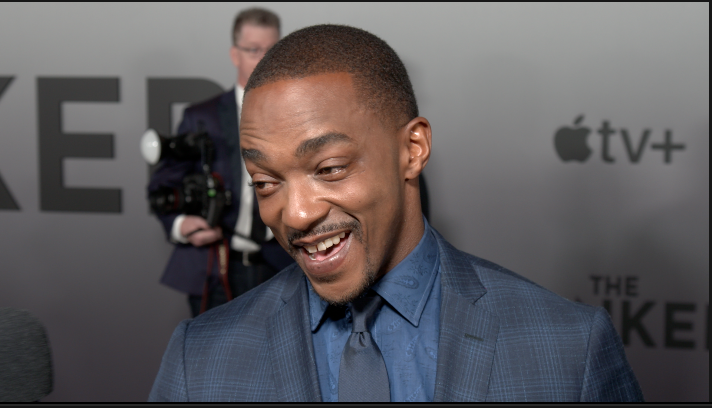 The Banker: Anthony Mackie on Advice from His Dad

“I came from a household where my dad made sure we had everything we needed, not what we wanted…. every… 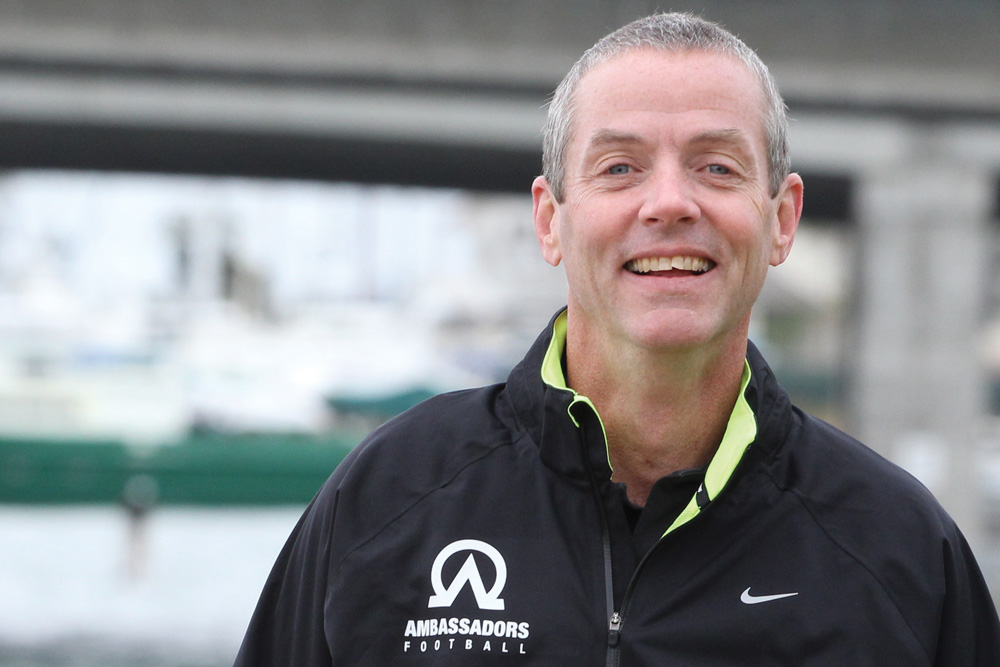 From Microsoft to Mission Field: David Dwyer Written by Henry Ortlip He was one of the most influential book publishers…