Audience or Stadium of People Phil Wickham Makes an Impact

Phil Wickham wants to influence people to encounter God, hear the truth, and inspire hearts to look for something deeper and bigger. As a contemporary Christian artist raised in a home full of music, this talented singer talks with Risen about the impact of his songs, the modern church, and living out God’s will.

Risen Magazine: You started leading worship [through music] when you were 13-years-old. What inspired you to start?

Phil Wickham: I didn’t want to at first. I was the shy kid at a new school. My parents were, and still are, Maranatha chapel worship leaders, so we moved to be closer to their work. I didn’t have friends around so I decided to learn guitar. My youth pastor asked me to play for a Saturday night youth group service. I knew 10 worship songs at that point and played with him. I remember loving being involved in something that I invested time in and where I saw people respond to God. I started doing it every week and thinking, “ I want to use music to point people to God.” God started opening doors and I’m super, super blessed. I’m 27 now, so about half  of my life I’ve been doing it, and I can’t believe I’m still doing it!

RM: Did you know it was your calling then?

PW: I wanted to know what God wanted me to do. I wanted to have God bless and me follow the blessing. I was afraid of being where God didn’t want me to be. It took me many years to realize that this was what God called me to do. I went to community college because I thought I would have to get a real job, but in the next two years I got so busy with music that I thought maybe I could do this as a career. I felt called in the moment when a church asked me to play, but I didn’t know where I was going to be in a year or two years – and I kind of still don’t. I would love to keep doing this, but if God wants me to be a pastor or work at Starbucks, or be home more or whatever, I am open to that. 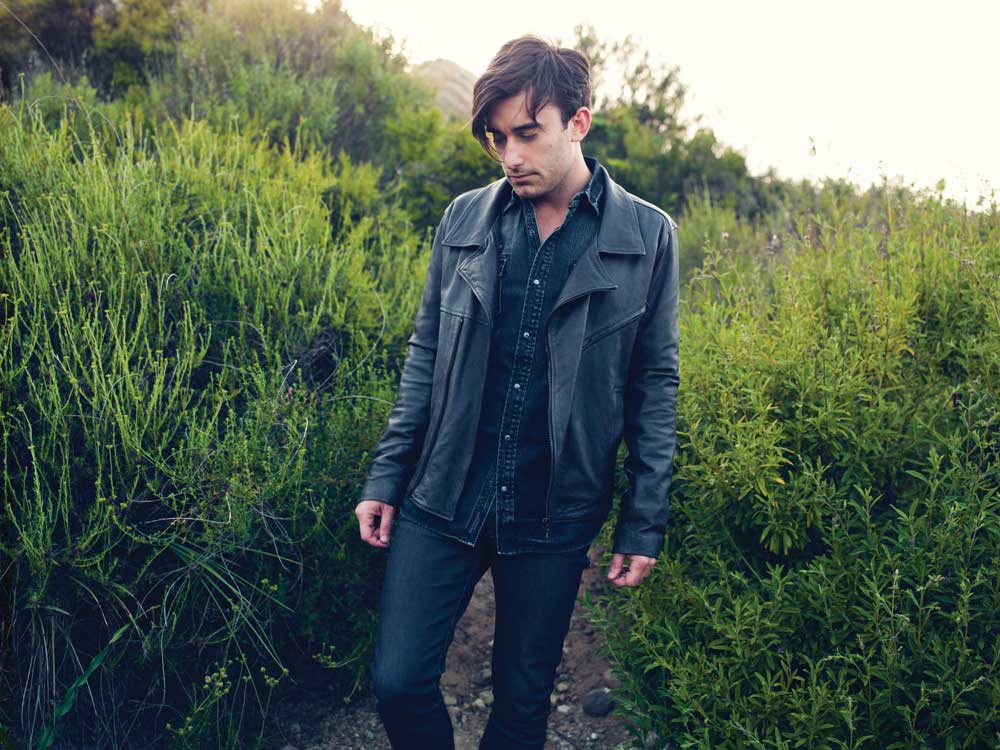 RM: Depending on where you perform — at a church or a stadium, or any other type of venue, do you have a different mindset or feeling going into a show?

PW: In many ways, yes, I have a different mindset; in other ways, it’s totally the same. It’s a massive thing to know your audience. When you’re on stage, whether it’s delivering a speech or playing music, it’s important for me to know what the goal of the moment is or the goal of the event and to come alongside that with my own personal goals and what I want music to do in people’s lives. At a huge event like Harvest Crusade I’m given 20 minutes to drive one message home, but if I’m performing at a coffee shop, I am able to tell more stories and shake people’s hands from the stage. Ultimately, I want the music to move people not just in an emotional way, but also in a spiritual way—and that goal never changes.

RM: How have your fans responded to your music?

PW: I get a couple emails a week from people who have been influenced by my songs. One song in particular that they seem to connect with is Safe. There’s a very simple message in the song. It’s just reminding people that the same Jesus who healed lepers, cripples, the blind—the Savior who died for our sins—is here with just as much power to do that today. It seems sometimes that the simplest of messages hit home in a massive way.

One story I just read in my email was from a girl in Las Vegas who is a court stenographer. One day a man who didn’t like the verdict opened fire on the courtroom and shot the deputy, who was her friend. The girl leaped over to help him and as she was holding him in her arms she remembered a song she heard on the radio that day, “You’ll be safe in his arms…” She had the courage to ask him if he knew Jesus and he said he did and ended up dying. I felt so honored that some song I wrote in my living room was on her mind during a time when she was freaking out and really needed it.

RM: Incredible! Tell me about the songwriting process then, especially for one of your most famous songs, Beautiful.

PW: It’s hard to choose a favorite song of mine because I feel like so many of my songs are almost like journal entries and I remember why I wrote them. They bring a whole season of life to mind. There are some that stand out though and I’m stoked to play them every night. It almost doesn’t become my song anymore. Beautiful is one of those. It came a little bit differently than most of my songs. I usually have a title before I have anything else. I’ll know exactly what idea I want it to be about and it will take me weeks or a couple of months to really flesh out that idea. I won’t push myself to go any faster than it needs to go. But, Beautiful came about when I was playing worship at a youth camp. The speaker was talking about creation and went to the verse about how his love reaches beyond the heavens. He tied God’s love with astronomical measures and I was moved by that. We played the same four chords as the students left and returned to their cabins and the song just came to me. I sang it straight through and went back to my cabin and finished the song that night. It was finished in like an hour.

RM: Do you try to do something different with each album? How has each one shown your progression as an artist and your walk with God?

PW: I hope it has shown a progression as an artist. I’m excited about my newest album, Response. It’s a flowing worship set of 11 songs. This album is more about singing with people instead of singing to people. Heaven Fall Down is a prayer to God to be a part of the worship that we’re entering into.

Ultimately, I want the music to move people not just in an emotional way, but also in a spiritual way—and that goal never changes.

RM: What has it been like balancing your family life with your music career?

PW: The first year of marriage was the hardest. Two of the first three months of our marriage were [traveling] on a bus. When we wanted to talk out issues, there were 12 other people living on the bus with us. This created some problems, but I also felt like those problems helped us grow really quickly. Before I was married I would always say yes to any opportunities, but then I found that it was okay to say no sometimes. With my new baby, I really want to make sure I’m home. I think we’ve found a good balance.

RM: What is one thing that you see the modern day church lacking?

PW: I get to go to so many churches in my job and sometimes I go and think, “I want this church in my town because what’s happening here is amazing!” And sometimes I’ll go and not really click, but I feel like the people are doing what [they think]they’re supposed to be doing. I don’t feel like it’s the modern church’s fault.

Real persecution is not really happening in the Christian church in America and I think that’s such a blessing. I think those who are challenged to stand up for their faith become stronger and more passionate in their faith. I think for the most part it’s easy to be a Christian in America. When people were being killed for their faith, those were the moments where the church exploded and grew. It’s a bit easy to sit in a pew on Sunday mornings. It’s a lot stranger to say, “I’m a Christian” in Europe than it is here [United States]. There is a desperate need for fellowship there and it’s such a different social temperature. It creates a real passion and sincerity because there is a real hard line between saying, I’m Christian or I’m not.