Election years are often filled with debates not only amongst the candidates, but also between believers and society in general. Last fall’s election coupled with tragic shootings amplified racial discussions. Social media newsfeeds became flooded with videos and commentary. For hip-hop artist, Propaganda, it became an opportunity to be an advocate for unity. Known for his ability to challenge listeners’ minds and hearts through his rap, spoken word and poetry, Propaganda recently toured with Sho Baraka and had conversations about unity, ethics, race, faith and how the church should respond. Risen talked with Propaganda about how he got his start as a hip-hop artist, how he has become an advocate for compassion and unity, and his latest release, Crooked.

Risen Magazine: You are a poet, spoken word hip-hop artist and battle rapper. How did you get your start?

Propaganda: I fell in love with hip-hop at a pretty young age. When I say hip-hop, I mean the entire culture, the education of it, the resistance part of it, the creative, and then the music later on. I started rapping around my freshmen year of high school. I got into the LA underground battle scene. I got into poetry later on in college. I went to an open mic and just fell in love and felt like, “I gotta do this!” Being around the scene and making waves, I just met the right people. Then, I connected with this group called the Tunnel Rats and they were the ones that essentially put me on the road and helped me land my first record deal.

RM: You’ve had the opportunity to work with lots of artists. Who has been your favorite?

P: My favorites are my favorites for different reasons. They kind of vary. KRS-ONE was one of my favorites as a fan of hip-hop that was sort of a once-in-a-lifetime situation. It taught me a lot about the culture, crowd culture, how to perform live, how to move a crowd. In a lot of ways, that was one of my favorite experiences. I’ve enjoyed every collaboration I’ve done, all for different reasons. I probably have the most fun when I am on the road with Lecrae and DJ Promote. We get into mischief and have great conversations.

RM: Was there a moment when you realized this is more than a hobby and actually your calling and profession?

P: I think the moment for me was a slow trickle. I think it was because one, you put the music out and then you get on stage and people are mouthing the words. Then you are just like, “Wow. Wait. You know this?” It kind of hits you that you are affecting culture. That was one moment. Another moment kind of came through a social media experience where things were happening on the political stage or cultural stage and I had my thoughts and opinions – whatever I was processing at that point. Then, I started noticing that I was being asked what I actually thought. People were asking, “Help us process this. Propaganda, what do you think about this?” That really hit me. I was like, “Wait. What? You want to know what I think?” I’m thinking, “I’m no expert. I only know what I know.” I read a lot and have an opinion. It was really a moment where I was like, “Wow, I actually have a voice in culture.” Then the weight hit me and I really leaned into activism and advocacy. I don’t run a non-profit. I’m not a pastor. I make music and participate in protests. It’s just a trip that I’ve had the opportunity to speak into culture. It’s a great joy and honor.

RM: This past election year you and Sho Baraka did a tour discussing faith, race, ethics and other hot topics. How did you come up with this and what was the response?

P: It was something that I originally talked with my buddy, Scott Erickson about. He’s a painter and we were discussing a number of things. How do I view the next four years? How do I say, “I want a deemphasized party?” And say that there is something greater that I believe in that doesn’t necessarily align with the traditional, western Evangelical Christian belief of, “this is what your view is supposed to be.” Because if you are a person of color those directives don’t feel genuine because they often don’t consider the experience of the people of color and they are often just as oppressive as the stances that are coming from the captive. We wanted to come up with a more comprehensive way of looking at these things, and we are not at all trying to suggest that we have a corner on the market of truth and righteousness.

It was more trying to say, “There’s a different narrative.” We’re trying to look at the same pieces of information and putting them on a different grid of history and to challenge the grid of history that you have accepted as the only “pipeline” of looking at this event. We wanted to frame it around the three lynchpins of dignity, compassion, and unity. That was really the driving factor. Dignity for example when someone says, “Black lives matter.” Instead of the response being, “All lives matter,” which is reactive and insulting. It is saying, “What you are trying to say is, you want to affirm the dignity of all image bearers.” We agree with that. However, your response is actually not dignifying me. We wanted to unpack that and talk about compassion. We feel that culture has always recorded and emphasized power as a way for progress. When you take a history class it is essentially a story of who overpowers whom.

We don’t believe that that is the narrative that Scripture gives us. The narrative Scripture gives us is power that is leveraged for the sake of compassion. It is power that is laid down; that is the message of the cross. You have this all-powerful being, laying down his power for the sake of compassion. So we want to elevate compassion. The idea of unity that is not uniformity, which essentially erases my distinction. It is not, “I want all people to fall in line and someone gets to chose what that line is.” That is not unity. That is uniformity. That is me releasing what makes me unique and just making you comfortable. That’s not what God calls us to. He calls us to unity. The Scripture says, “The eye doesn’t look at the ear and say, ‘I don’t need you.’” [1 Corinthians 12] When you step out with a very clear directive and agenda, you kind of cut your ticket purchasers and audience in half, because people are already going to have objections and not want to hear it. Then you have the group that is like, “These guys are putting together what I’ve been trying to tell you.” And they buy their friend a ticket to come listen. By and large it was very positive, and of course we had some people that didn’t agree. 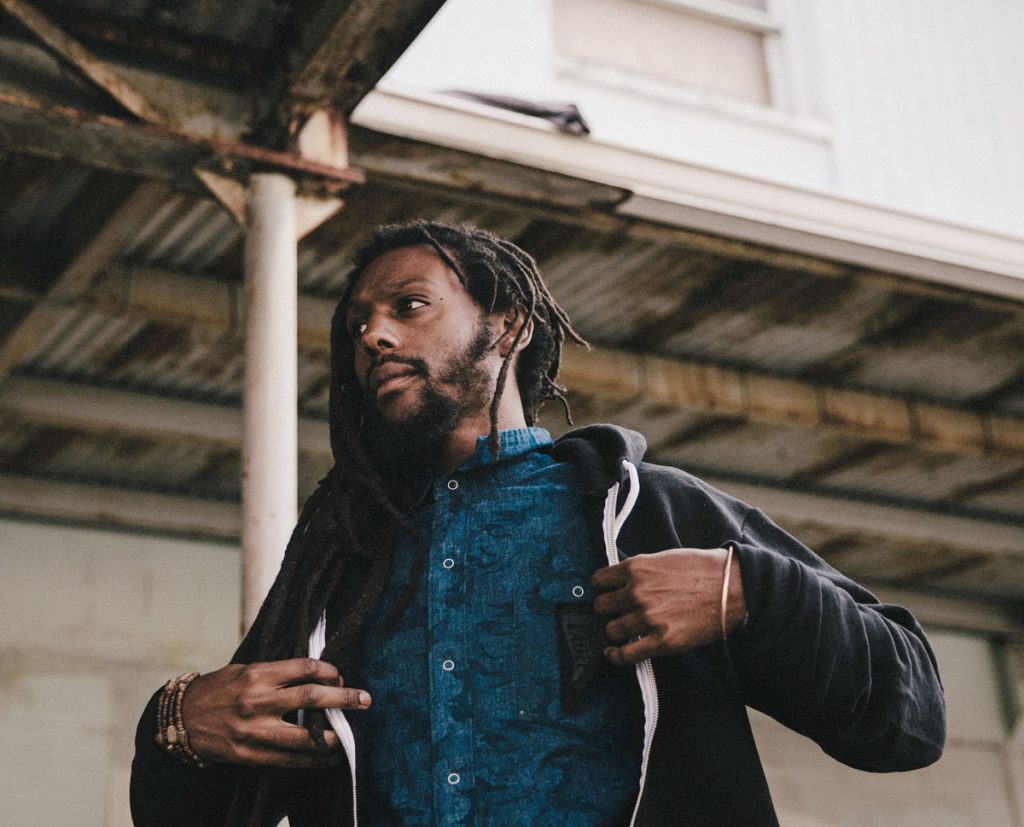 RM: You recently became a dad. How has that changed the things you write and rap about?

P: In a lot of ways, it has heightened my compassion and sensitivity for people that disagree with me. It has made me much more gentle. When my daughter disappoints me per se, or doesn’t want to fall in line with what I’m saying, it doesn’t make her any less my daughter and my love for her doesn’t wane. It has caused me to say, “We are all trying to navigate this world as best as we can.” It has also heightened my empathy for others. In the same token, it has made me a stronger advocate for those that can’t defend themselves and those that don’t have political counsel. It makes me want to stand up and be a protector for the weaker and the “least of these.” They might be walking into situation where they are powerless to change, but I may be able to leverage my access and privilege in such a way that will elevate and make their life better. When I look at my daughter, I wouldn’t leave her in a situation that she has doesn’t have any power to try to fix; whether she is behaving correctly is besides the point. I want to extend that to my neighbor’s children, the children down the street, the children in Syria, and the children all over the world. I think, “God, that is somebody’s baby.” If I have a way to ease their suffering, I am going to do what I can to help alleviate that.

RM: You have a new album coming out. What was the vision behind it?

P: The record is called Crooked. It is unpacking a number of things from a number of different perspectives. But ultimately, crooked hearts love incorrectly. We have crooked systems. We have crooked friendships, logic and hopes and dreams. We are living these things out in hopes as believers for the day that God comes and makes the crooked ways straight. Inside of that, life is not comic books. There are not perfect villains or perfect victims. We want our situations to be compartmentalized. You want your bad guys to be completely bad and your good guys to be completely good and that is just not the world that we live in. Some of the bad guys aren’t really that bad and we have more in common with them then we really want to admit. And the good guys really aren’t all that good and they have much more in common with the villain than they are willing to admit. So we need to understand there are no perfect heroes or villains, it is just us. And we are doing our best to live out a life that is hopefully more and more reflective of the life that God designed us to have. So I talk about all of that and the crookedness inside of my own heart, inside of our relationships, and even how I don’t raise my baby correctly. I don’t love my wife the way that I hope I would. I live in a system, a governmental structure that is not perfect. There is not going to be one [that is perfect] until the Lord comes and redeems all of creation. I wanted the reality of “let’s just sit in that.” My hope for humanity in general is that we would realize that, what you don’t like in another person, is sitting right inside your own heart. 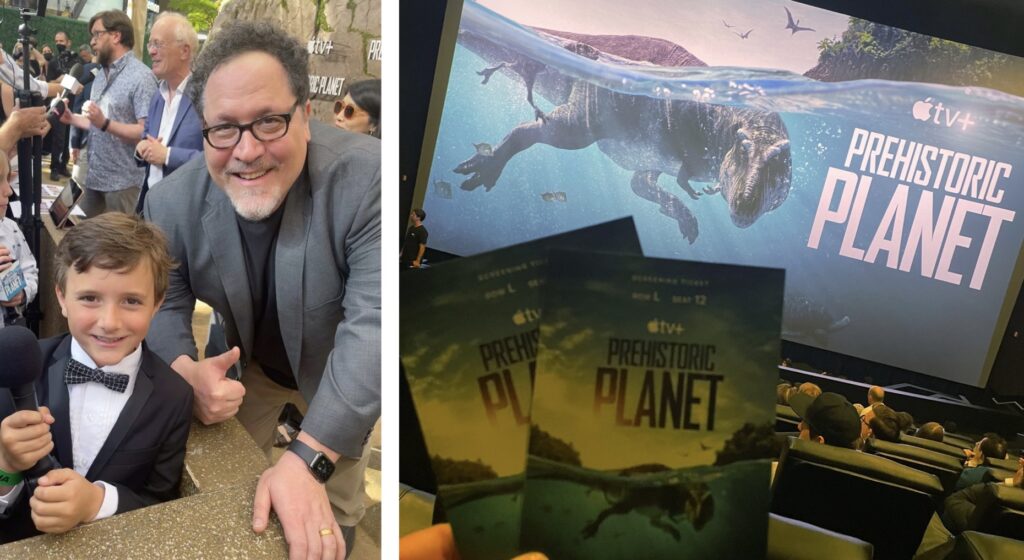 The Offer: Miles Teller & Juno Temple on Making of The Godfather

The Offer is a new limited series showcasing never-revealed experiences of making The Godfather movie. It's based on Oscar-winning producer...

BOLD in His Faith, Kirk Cameron Speaks Out Written by Samantha Baer Growing Pains meant a lot to Kirk Cameron....

From a few thousand Gospel presentations in their first year to over 129 million in 2019, for more than fifteen...