Divorced and with two small children, Katie (who asked that her last name not be used) was just looking for the best life she could give her family – even if it meant a profession that involved a pole. But after an encounter with Erin Stevens and her Stripper Ministry Team, even the abundant cash flow couldn’t fill the void in Katie’s heart, and she swapped the industry for Christ’s love. This now 24-year-old graduated last May with an Associate Degree in Criminal Justice. With a perfect attendance and a near 4.0 GPA, she shares her story of stripping, surrendering to Jesus, and the permanent reminders of His faithfulness.

Risen Magazine: How did you end up getting involved in the stripping business?
Katie: I got divorced, left my ex-husband and came here to Tennessee. I couldn’t find a good job, I didn’t have a degree and I was looking for a way to support my kids. We were living in an awful project apartment so I started dancing. And then basically, you get caught up in the money. It’s easy to work three days a week and make $1500. But it’s really exhausting and such a hard life. 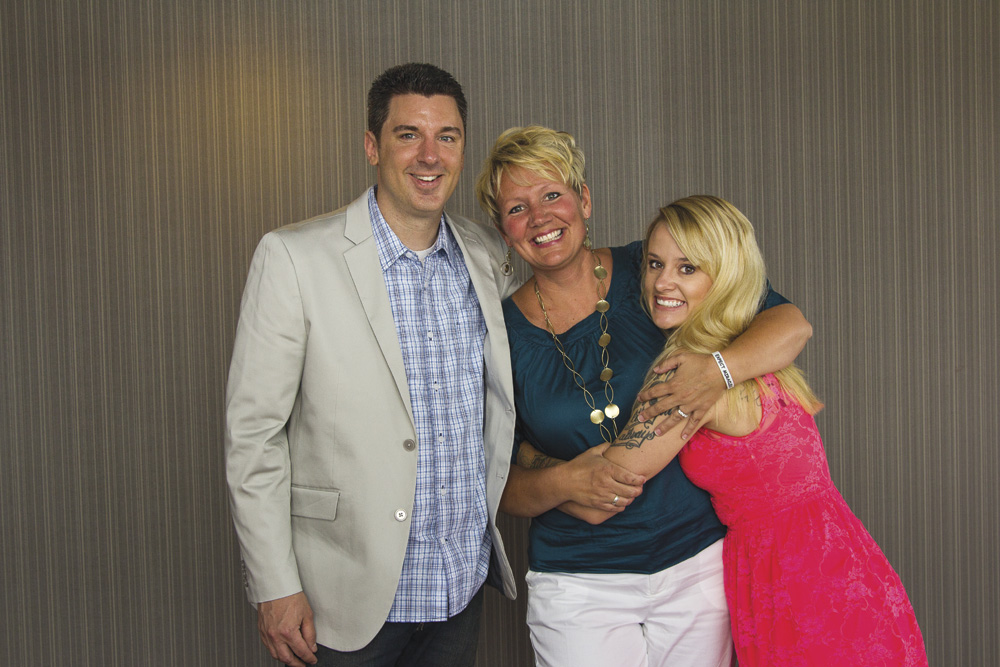 Risen Magazine: When you were a stripper, how did you feel at the time? Proud, embarrassed? Just a job?
Katie: I drank enough to enjoy it. There are a lot of girls that don’t do drugs, but most of the girls do drink. You have to figure out a way to cope with all the people you have to deal with.

Risen Magazine: What were your initial thoughts when you first met Erin?
Katie: Crap, I should have a shirt on. [Laughter] I don’t know. There was another church group that had come down and they would grab you and try to pray with you. So I guess I was a bit standoffish. And then one day when Erin was there and some of the ladies from her church had brought a meal I thought, “Hey that looks good.” I went over and Erin asked me, “Hey how are you today? What is your family like? Tell me about your kids.” And my kids are my hook, line, and sinker. All you have to do is mention my kids and I will talk to you for at least an hour. We talked and later I found out she had written “Katie, 2 kids” on a piece of napkin and placed it in her Bible to pray for me. And just a couple months ago Erin was reading her Bible and found the paper.
The next time I saw her, maybe a month or two later, Erin said, “Hey how are Kaelyn and Arley doing?” [Names of Katie’s kids] and I was like, “She listened to me?” That’s when I started to realize she wasn’t trying to pressure me, or change me; she was just trying to love on me. And then after she brought us the Mary Kay cosmetics which had her business card attached to it and I went home and I thought, “Maybe this is something I should think about a little bit. Maybe I should go to church.” But I had gone to so many churches before and had been so judged. The things I did wrong were singled out, and the thing I did right were never noticed. I felt exiled. I told myself I would go for two weeks and try it out and if after that I didn’t like it then I would just leave, like every time I have before. I have been to a lot of churches twice. I went the first time there [Friendship Community Church] and Erin had saved me seat. She saw me walk in the door and gave me a big hug and told me she had saved me a seat. And that Sunday was baptism, so I thought maybe that was a sign. I enjoyed it and then went home and probably spent four hours in my room just thinking about it and trying to figuring out what was going through my head, and what this feeling was in my heart – something was right, and there was something that wasn’t right too. And I decided, “I’m not going to work tonight. And I’m not going to work tomorrow night. I’m not going to work again.”

Risen Magazine: So after you went to Friendship Community Church that first time and you never went back to being a stripper again?
Katie: Yes. In fact Erin had called me that week to let me know she would see me at the club Thursday night and I was like, “No you won’t, I quit.” It was a leap of faith because I had two kids to feed and no job. But Erin helped me out with a lady at church to get me a job.

Risen Magazine: While all this was going on, you were still studying Criminal Justice in college and recently graduated with a near perfect GPA. Why this field and what do you hope to do with your degree?
Katie: I had a passion for it for a long time, but I think [was more enforced by] being in a club and seeing so many things go wrong and realizing children grow up in an environment where their parents are showing them these things are acceptable. I want to help children realize that maybe mommy or daddy do this [stripping] but they don’t have to. There are ways to make money without being immoral or illegal. I want to go into the police department and eventually forensic investigations.

Risen Magazine: From what you have experienced to where you are now, what advice would you give to a young woman who wants to enter into the stripping industry?
Katie: I think a lot of women do it to support their family or because they don’t feel pretty and they want to strip to feel pretty or more socially accepted. But what I learned is that everybody there will tell you that you are pretty, but it makes you feel ugly. Because the people telling you that you are pretty are only looking at your body and they could care less about your personality or who you are after you leave that club. I realized that God’s plan is a lot different for you than what you see on the outside; it’s inner beauty. I feel so much more beautiful covered from head-to-toe with no make-up on and a ponytail, than I ever did at that club. Knowing that I have somebody that loves me no matter what I do inside and out, when I sin and when I don’t sin, and knowing Jesus’ love, changes more than you could realize.

Risen Magazine: Lastly, you have to tell me the story behind your tattoos. How you decide what ink to get and the meanings they hold?
Katie: I like to take a struggle that I’ve been through and remember how I got over it by putting it in a permanent reminder form. I think I have like 30 tattoos and I got them all over from California, Alaska, Virginia, Maryland, Texas, Tennessee, Georgia and maybe a couple more states I’m missing. One tattoo is from a Matthew West song, Strong Enough, and it reminds me that I never have to handle something alone. I have a Savior who died to not only protect me from what I have to go through, but will be there 100 percent to meet me where I need to be. Another tattoo is 1 Corinthians 13:13… faith, hope and love… and if it’s not faith, hope and love, then is it really worth worrying about? I just got Philippians 4:13, “I can do all things through Christ who strengthen me.” Which has been my motto through all of my journey. And my newest one is a tattooed ring on my ring finger. When I decided that it is now important to wait on sex until I get married, I wanted to get a ring with a cross on it. And then I thought that a ring is removable and I don’t want a promise that is removable.

Read more about Erin Stevens and her Stripper Ministry Team. 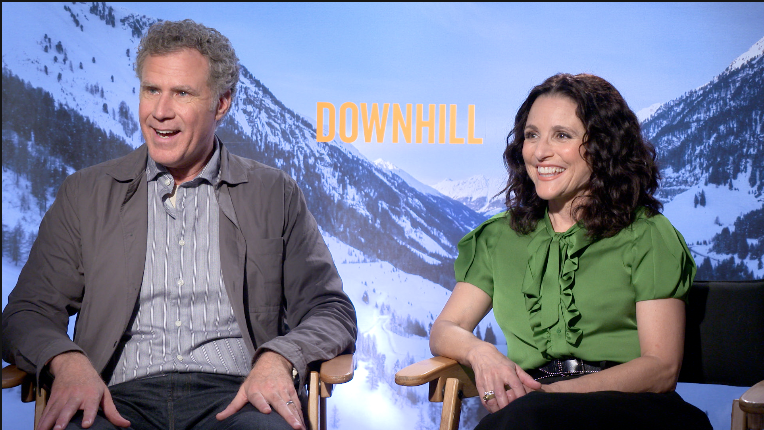 Will Ferrell and Julia Louis-Dreyfus on Lasting Marriages

She’s been married more than 30 years, and he’ll be married 20 years this summer, so it’s safe to say… 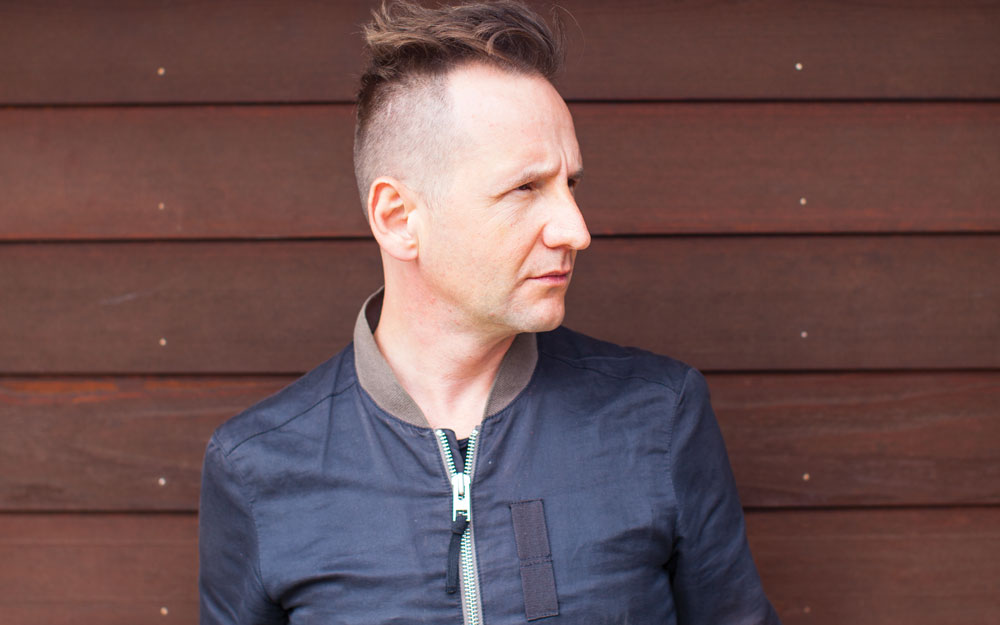 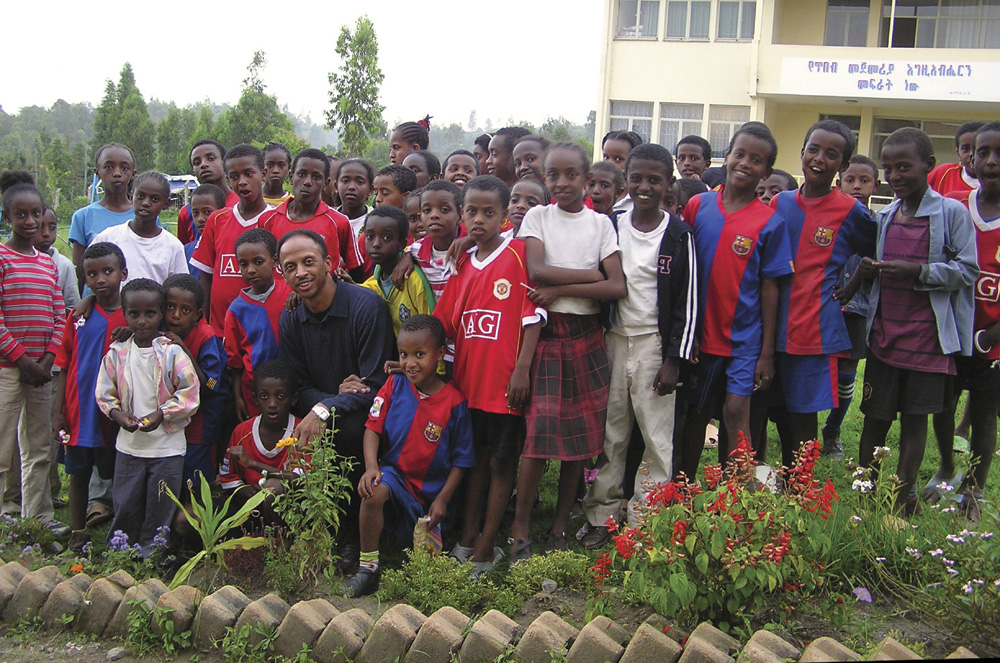 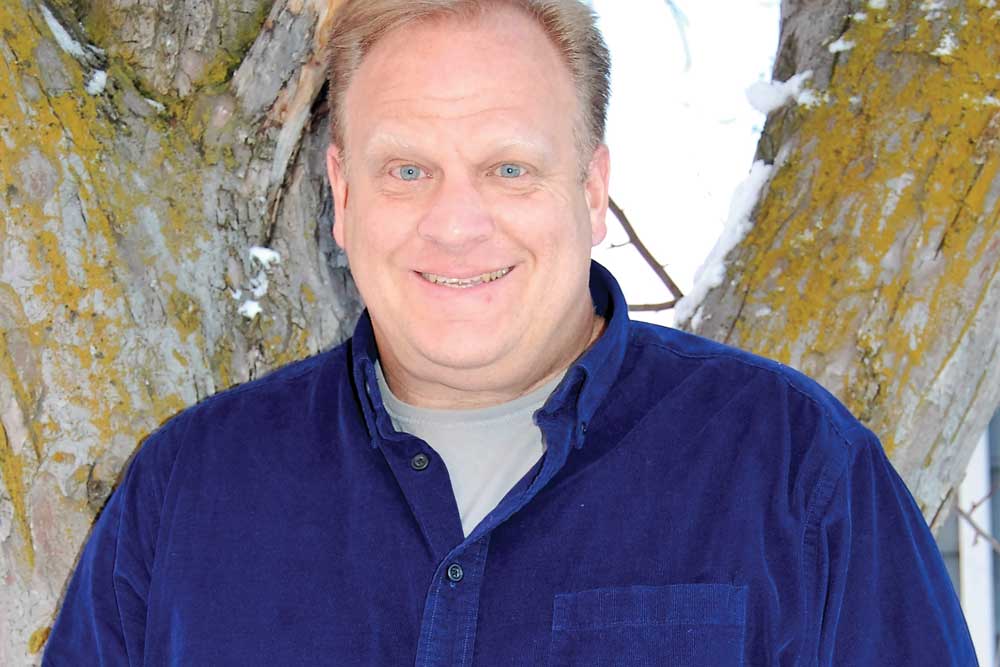 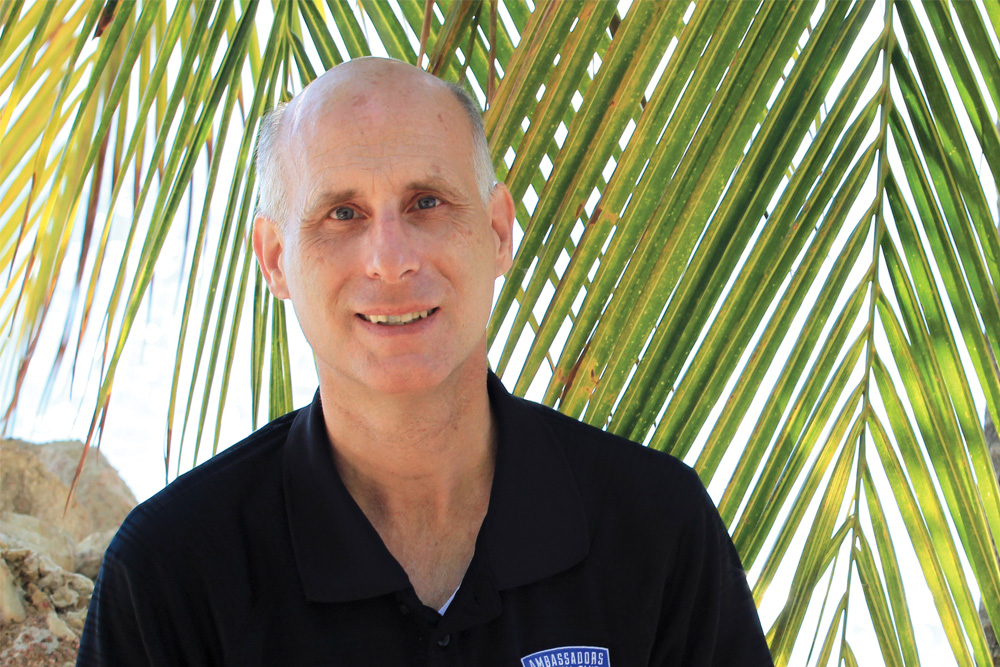