Tom McCarthy writes about human nature. The characters in his movies are people who usually want to do the right thing, but they realize that life is not as simple as just doing the right thing. What happens after they realize this is what he focuses on, and is what makes his movies so engaging. As viewers, we realize that he’s talking about us, too. His movies include The Station Agent, which won top awards at the Sundance Film Festival; The Visitor, which also won several film festival awards and an Oscar nomination for actor Richard Jenkins; and the animated film Up, for which McCarthy received an Oscar nomination. He also is a Hollywood and television actor, with roles in movies such as Syriana, Flags of Our Fathers, Good Night and Good Luck, Meet the Parents, Duplicity, 2012, and The Lovely Bones.

McCarthy wrote and directed the 2011 movie Win Win, starring Paul Giamatti and Amy Ryan, and new actor Alex Shaffer, who is actually a high school wrestler. It’s a story of a family man who is a lawyer, struggling to make ends meet. He makes an unethical decision that at first seems insignificant, but then becomes extremely significant and complicated. He met with Risen to discuss motives, morality, human nature, and how his new movie is a lot like corporate America.

Risen Magazine: In all of the movies you have written and directed, it seems there is a morality in your characters, in what they want, the decisions they make. Is that a conscious effort on your part?
Tom McCarthy: Yes. Maybe it’s a morality, or at least it’s a code to live by. In Win Win, the main character Mike (the father, lawyer and wrestling coach) struggles with his morality and ethics, and he literally grapples with his sense of responsibility to his family, community and society. Kyle’s character (the troubled high school runaway) has a specific code that he lives by. He’s not a perfect kid by any means. He has some bad habits, he’s done some bad things, he’s made some mistakes and he comes from a tough background. Because of all that, he’s forced to live by this code. He refuses to take money, even though he doesn’t have a lot. He doesn’t expect to be given anything. If he’s going to earn a place on the wrestling team he’s going to EARN it – he’s going to wrestle off for it. That’s his code. For Mike, though, here is a seemingly decent guy who loves his family, has a good job, is passionate about his work, is a church-going guy, is a member of the community, volunteers as a wrestling coach – all of these seemingly great things – but he makes a really bad choice in a tight situation. To me, that was the most compelling angle I had on the movie.

RM: Your characters in other movies do similar things – they make little choices which end up becoming bigger issues and the characters pay consequences for those choices.
TM: That’s the ordinary-ness that all of us share. We have a few moments in life where we have to make big decisions and we stand back and say “Wow, this is a big decision.”

RM: In Win Win there is a scene with the boiler in the basement clanging and probably about to break down and spray water on everything. The characters consider getting it fixed, and then put off that difficult decision. They decide to cover the rest of the basement in plastic instead. They’re ignoring it for now, but we all know it’s going to become a bigger issue. It’s a great metaphor regarding those decisions you were just talking about.
TM: I like that moment in the movie. I’ve seen that with different audiences and when the character says, “We should just leave it,” and Mike goes “Yeah, yeah, I agree,” people start to laugh. Everyone is thinking “I’ve done that.” It’s a bad decision, but we agree with it right now because it’s the easier decision.

Even though I believe that absolute evil exists, I think that most of our problems originate from decent people who make bad choices

RM: It’s easier to cover a bad decision in plastic than face it now.
TM: As ridiculous as it is, it’s a microcosm of some of the bigger decisions Mike makes in the movie. People see themselves in that. This is human nature. It’s a constant struggle to do what’s right. It shouldn’t be taken lightly because it’s a legitimate struggle.

RM: But it’s easier to put it off.
TM: Absolutely.

RM: Similarly, there’s a moment in the courtroom, where you can see in Mike’s face that he has another decision to make, where he could tell a little lie and make his own situation better, or he could tell the truth.
TM: It’s right there on the table – the proverbial apple – it’s sitting there, and it’s got a little of that Home Shopping Network thrown in, where it’s like, “I better grab this now because it might not be there next week, and my mortgage needs paying.”

RM: There is also a moment in your movie The Visitor, where you can see the main character’s face as he is confronted with doing the right thing.
TM: Those are similar moments, with Walter, in The Visitor, standing at the window, and Mike, in Win Win, standing in the courtroom. The difference is that Walter’s was actually a generous decision. It was the right decision. Mike’s isn’t. Mike makes the wrong decision.

RM: But it looks like it’s going to work out for him anyway.
TM: It’s interesting, because once Mike makes the wrong decision, a lot of good comes out of it. The kid is better off, the family is better off, they get a good wrestler, and life in general picks up in a really nice way. I wanted to explore what happens when good things come of wrong decisions. One of the things I kept looking at was the Enron model — the Wall Street version of this Main Street movie. Enron was a company that served its community tremendously. Before it fell, it was the pillar of Houston. It was a massive company that did many philanthropic things in the community. Everyone benefited until we realized that it was not built on terra firma. Then the whole thing came down, and the consequences were much worse. All those people lost everything. People were wiped out; thousands couldn’t go back to work. That’s the tragedy of it. But for many years, a lot of good happened.

RM: Do you think there is a fundamental morality we all share, and if so, where does it come from?

TM: I think it comes from life experience. Kyle’s code is derived in many ways from what he learned in the wrestling room. He didn’t have a family foundation, and like a lot of young people when they don’t have that, they turn to something – gangs, drugs, friends, religion, sports. He found his code, his foundation, through sports. That’s why it’s flawed. It’s not complete.

RM: Do you have a view of humanity that you try to portray in your movies?
TM: I’ve been accused of being an optimist, and I probably am to some degree. Even though I believe that absolute evil exists, I think that most of our problems originate from decent people who make bad choices. That’s what my characters wrestle with.

RM: Most of your characters also have mixed motives for what they do. Why is that?
TM: I think we all have mixed motives. Motives are never completely pure, whether we understand that or not. There is always another level operating. There may have been those few people in the history of time who managed to be truly pure in their motive and intention, but for most of us regular folk, it’s a struggle.

RM: Dorothy Day said that if we waited for people with pure motives to volunteer to help the poor, we wouldn’t have anyone show up at all.
TM: That’s part of our nature. There are other things at work that we may or may not be conscious of, but it bodes well to try to tap into that and pay attention to it.

RM: Is that something you try to do in your movies – reveal human nature?
TM: I find it most compelling. It’s something we all try to figure out every day. (He picks up a copy of Rolling Stone magazine from the coffee table. The cover has Howard Stern in an uncharacteristically reflective pose). Even Howard is trying to figure that out! [Laughs]

RM: Who knew that Howard Stern was so reflective?
TM: That’s what he’s doing, I’m sure. Maybe it’s because I have this weird nomadic life, where I’m not in the same place very often, but I’m always seeing people figuring things out. I can endlessly watch a child try to figure something out. I love watching that process. It’s like watching a fire, or watching the ocean.

RM: Is there a faith element behind any of this for you?
TM: (pauses a few seconds) Yeah – specifically in this movie. A lot of times I just try to tap into the faith and/or the spirituality of the story. So every movie isn’t necessarily a direct reflection of my own beliefs, although at some level there are motives we don’t understand. With Win Win, one of the opening images has a glass angel falling. It starts from there and carries. There are tattoos on Kyle’s shoulder blades that look a little bit like wings. His hair is yellow. The last wrestling scene, which is a man literally wrestling with his own morality and ethics, brings to mind that great Rembrandt painting where Jacob wrestles with the angel. It portrays this idea where a man is forced to grapple with what’s in front of him. So this is one of those movies where I would have to own up to that faith question.

RM: Do you have a personal faith that influences what you do?
TM: I do. But it’s personal. Don’t we all, at some level? 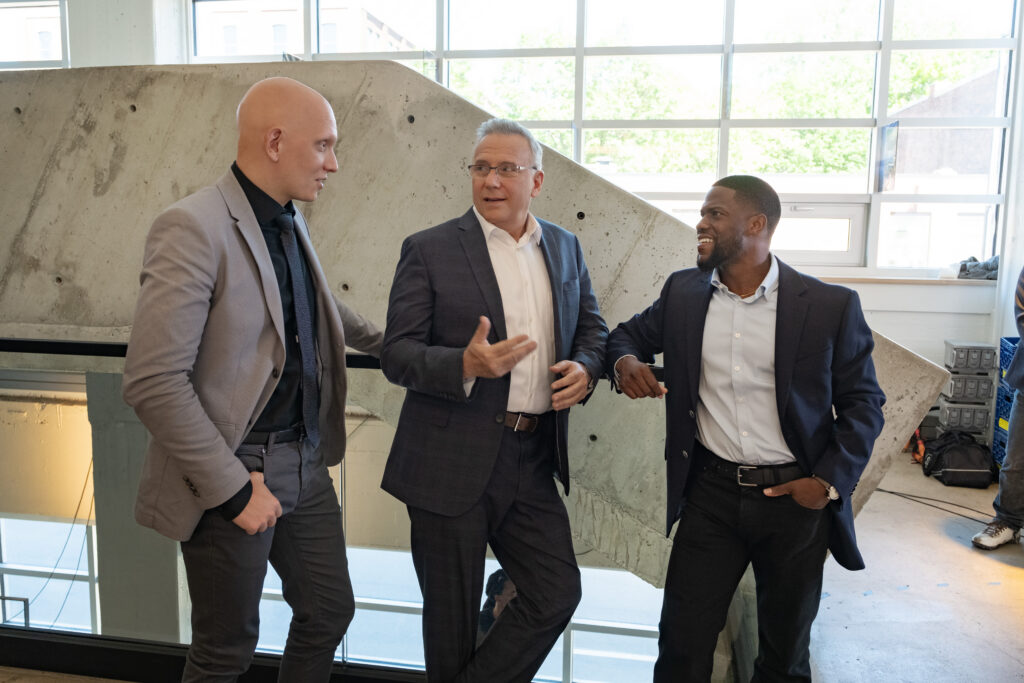 . Kick off Father’s Day weekend with the movie Fatherhood streaming today on Netflix starring Kevin Hart and we also… 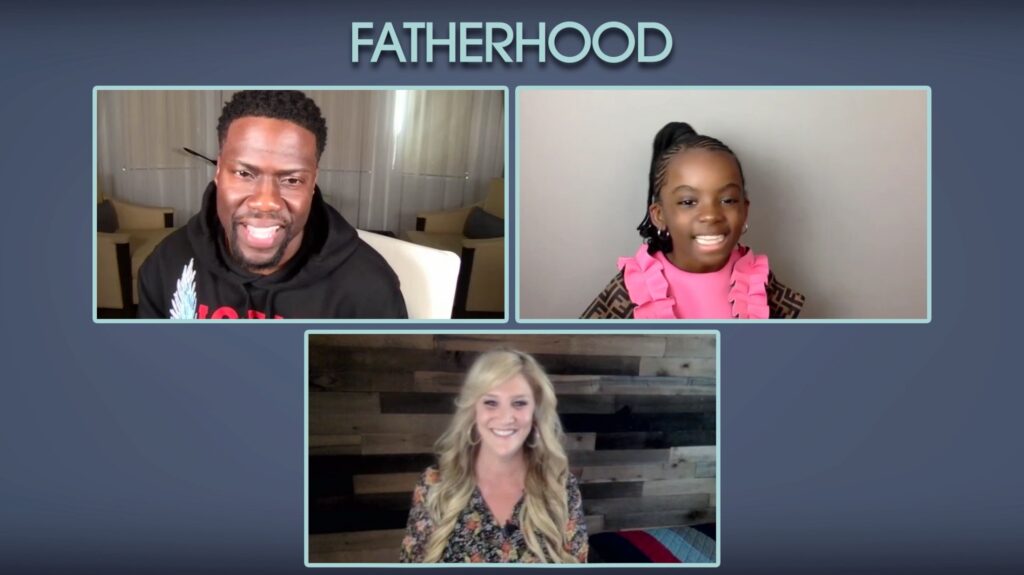 . Fatherhood! Kevin Hart tackles the emotional and comical true story about a new dad, who lost his wife and… 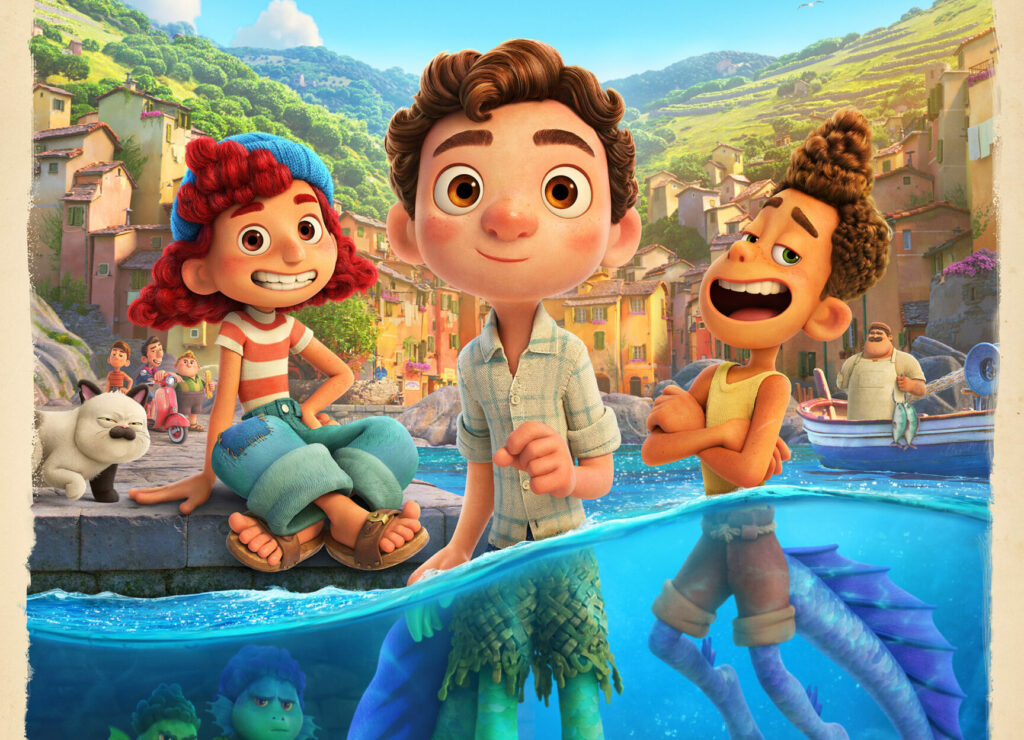 . Take a trip to the Italian Riviera this Friday when Pixar’s LUCA streams on Disney+. We talked with the director Enrico… 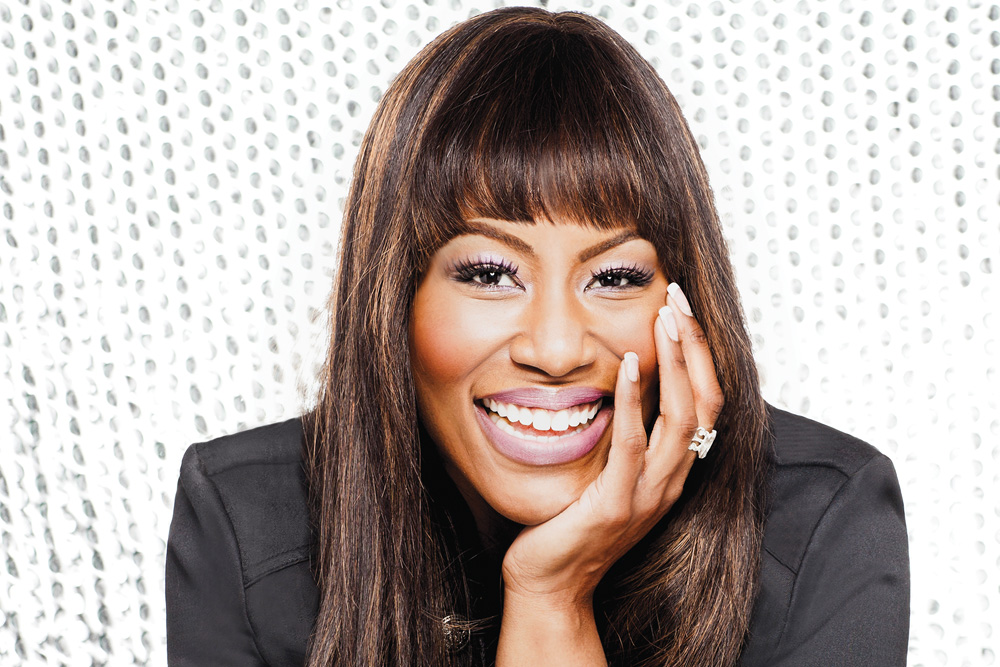 Mandisa Written by Kelli Gillespie Mandisa Lynn Hundley, known professionally as Mandisa, captured the hearts of fans during her run… 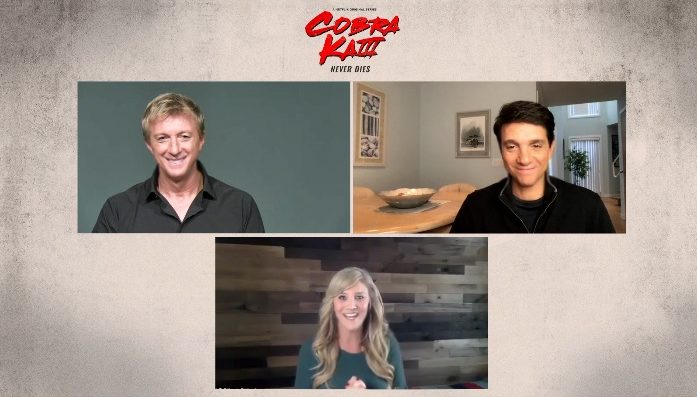 . . Kicking into the New Year with Season 3 of Cobra Kai. William Zabka and Ralph Macchio star in the… 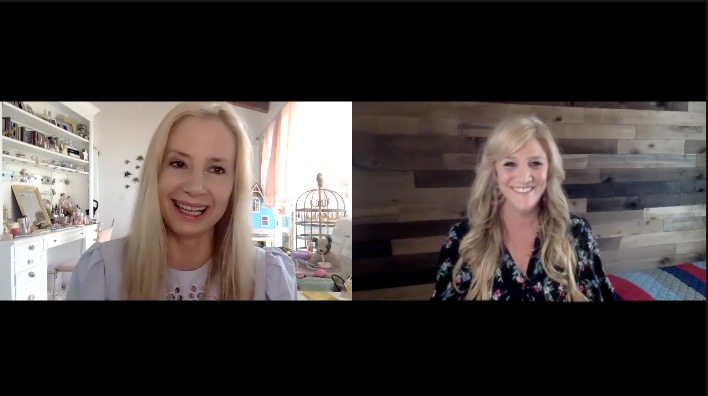