***This story is for mature readers and discusses topics of sex and pornography.***

As co-hosts of the #1 marriage podcast on iTunes, the ONE Extraordinary Marriage show, Tony and Alisa DiLorenzo speak to a worldwide audience about some of the most intimate topics a couple could explore. Recently, their blog featured a Jenga-like game filled with tasks sure to enhance any marital bedroom.

A priority, they say, for a healthy marriage. Their blog frequently wins the top spot on iTunes, beating out veteran experts such as Focus on the Family and even Dr. Laura. They also have an arsenal of books, courses, and coaching available for couples at all stages of matrimony. However, this pair, a decade ago found themselves in the darkest of times. Tony, having struggled with a pornography addiction for more than a decade, was not the husband that Alisa thought he was. The pain of Tony’s betrayal made the subsequent years of financial crisis and the loss of a child almost unbearable. Risen sat down with the DiLorenzos to talk about how this unlikely couple rose from the verge of divorce to becoming one of America’s most popular, and steamy, marriage podcast features.

Risen Magazine: You’ve been married for almost twenty years and are very open about the highs and lows of your relationship. What is your love story?

Alisa DiLorenzo: Tony and I met in the summer of 1994 during an internship. I was only there for a few months, and he had been hired to be our morning cook for the internship. Unfortunately for us, Tony had also just turned twenty-one. So we saw him hung over [from drinking] many mornings.

Tony DiLorenzo: When we met we weren’t Christians. That summer, Alisa and I barely went to class. We mostly sat around talking. We covered everything from O.J. Simpson to the World Cup. At the end of the summer, when I took her to the airport to return home, I remember thinking, “Oh my gosh, she’s going to be gone.” I started to tear up. I really didn’t want her to go.

AD: When I got home, he called me and asked me to be his girlfriend. We did the long distance thing for a year, and because that was before cell phones and the Internet, we racked up a ton of bills from long distance phone calls and plane tickets. That was the beginning.

RM: What were some unrealistic expectations you had coming into marriage and what do you think are the most common ones that trip people up?

TD: Lovemaking all the time. That’s a really common expectation that guys come into marriage with.

AD: Hollywood is a big factor in our unrealistic expectations. Hollywood has really created this idea of what marriage is. It’s about happy endings, and it always wraps up in ninety minutes. He’s always going to say the right thing, and you’re going to be dressed perfectly. Many times women go into the marriage with the expectation that the husband is the one that supposed to make them happy. But the truth of the matter is that he’s not the one that’s responsible for making me happy. I am responsible for making me happy. I hear so many times from my clients, “Why do I have to work so hard?” Many people leave their relationship to chance. They’re not deliberate about making it better.

Many people leave their relationship to chance. They’re not deliberate about making it better.

RM: These days, it seems there are many wives with unmet sexual expectations as well.

AD: Absolutely. There’s been a shift in roles; work roles, house roles, etc. There are a lot of men so stressed out that their sexual drive goes down. There are a lot of women who wonder if their husband desires them. Another large factor is pornography. Men are turning towards pornography to satisfy themselves, leaving their wives neglected. It leads women to feel there is something wrong with them.

RM: Tony, you had to overcome an 18-year addiction to pornography. Share why this is so destructive to a marriage and what it was that finally helped you end the habit.

TD: What we’re seeing is fake. It’s objectifying women. Then we take that image which is now seared into our brain, into our marriage bed. Your spouse knows you’re not completely there. with their wives because they With pornography romances decreases. Further, many times pornography leads to other things like strip clubs, chat rooms… it leads men into a really dark place.

RM: And how did you overcome it?

TD: I had a moment, several years ago, after Alisa and I had recently given our lives to Christ. Alisa was sitting in our living room with our one-year-old, and I was in the garage on the computer watching pornography. I remember hearing from the Lord, “Okay, you’re done. You’re not gonna be doing this anymore. You need to go tell Alisa about this.” So, I walked into the living room and told Alisa everything. I knew I had to be accountable to Alisa, although that’s not the right thing for everybody. After that moment, I truly felt like I was delivered from my pornography addiction. I believe it was a miracle.

RM: What would you suggest to men who don’t have your strong will and need more help in overcoming their addiction?

TD: I recommend going to therapy and counseling. Support groups really help. There are churches that have really successful addiction recovery classes. Go to a sexual addiction therapist.  No matter what, you have to tell someone and get help. I also highly recommend the book Bondage Breaker.

RM: Alisa, talk about how important it is for a wife to understand and forgive her spouse when pornography is involved.

AD: It’s important to acknowledge the pain that is involved when your spouse has been involved in pornography. It’s painful to think that your spouse prefers pornography over you. Plus, dealing with all the lies that have been told for how long. For husbands, it’s important to be transparent and consistent to help gain a wife’s trust back. Once the seed of bitterness takes root it’s like a vine that grows everywhere in your heart. It’s a weapon that we use to beat each other up. We tend to look at the past not the future. But we have to look towards the future and believe that God is going to fix and heal our spouse. And forgiveness is not just a one-time deal. Many times we have to forgive multiple times. 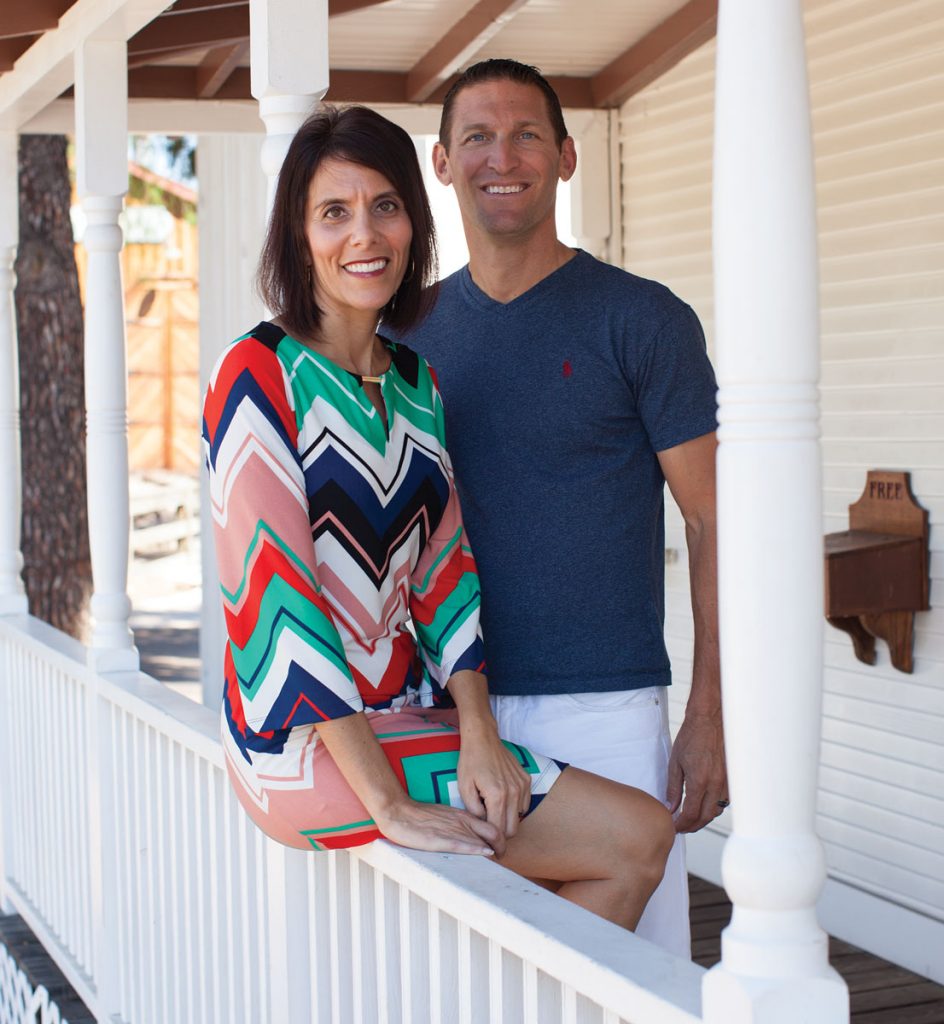 RM: You have two children, but lost a baby at eighteen weeks pregnant. How can a couple emotionally heal from an experience this painful?

AD: Andrew died on December 14th, 2004. I was eighteenweeks pregnant and my water broke. At the hospital, after I delivered him, I was able to hold him for a while. But he did not survive. I went into a really dark place. There was no answer for why Andrew didn’t survive. I didn’t feel God was answering me. In that place I really pulled away from Tony, I couldn’t handle interaction with him. I got really distant from him, really numb.

TD: I had taken a lot of the burden of the miscarriage and internalized it. I developed a major anger problem. We should have gotten help. But we didn’t. We lived like that for three years and we should have been sitting in an office getting help.

AD: In God’s sovereignty, we gave birth to a little girl shortly after, who started asking questions about her little brother in heaven. It gave Tony and me the chance to talk about our grief and start working through our pain. At the same time, we started a 60-day sex challenge as part of our marriage small group. We weren’t even having sex at the time because we were still so caught up in grief. But, I realized that in order for God to heal us we had to take steps to work through this grief. We had to talk about Andrew. God just weaved everything together for our healing and getting us connected back together.

RM: The transparency in your marriage is such a great example for others facing similar challenges. In your experience, how often do you think people hide the problems they are having in marriage? Why?

AD: More often than not people are hiding. I hear the phrase so many times, “I don’t want to rock the boat.” And they keep things hidden. But what we really need to do is create some environments where we can actually share our stuff in a safe place. If we can talk about it, it doesn’t become a giant mountain.

RM: How did the website and podcast develop, and can a short podcast really help a failing marriage?

TD: We did our 60 days of sex challenge as part of our marriage small group. It was just Alisa and me committing to having sex, every day for 60 days. The following summer we got invited to speak at a marriage retreat about our experience. People started asking us what we were going to do next. And somebody suggested doing a podcast. So we ordered some equipment online.

AD: It sat in the garage for about two months [both laughing]. We finally recorded and uploaded our first show, then two more shows. In between show three and four we received our first negative feedback. It was an old friend who claimed we had no business trying to be marriage experts. So, for show #4 we decided to share our whole story – how we walked through Tony’s pornography addiction, losing a child, being $50,000 in debt, and that show changed everything.

RM: Your podcast has been recognized as the #1 marriage podcast in the world. What sets your podcast apart from the others?

TD: Honesty and transparency. That’s it. People say, “You’re a couple just like us.” They need to know they are normal and that they are not alone.

RM: Can a short podcast really change a marriage?

AD: For some people, yes! They take our advice and put it into action. For others, they need a little more help to build their toolbox. And that’s where our marriage coaching courses are a great resource. We have viewers that tune in every day and put our advice into action. 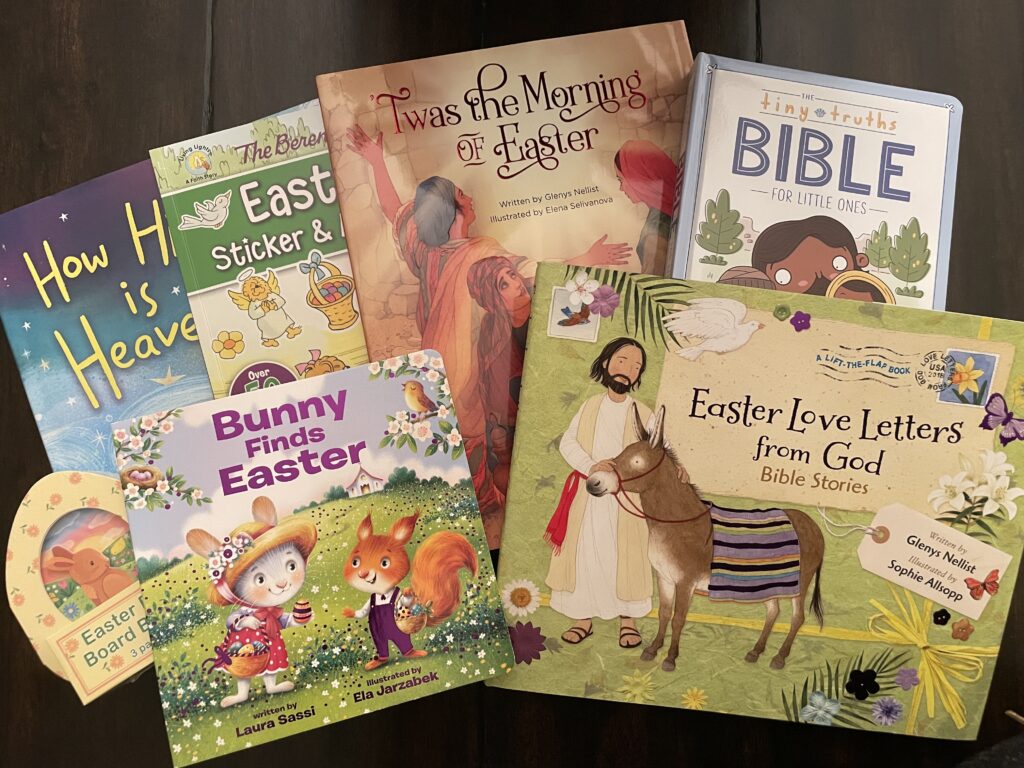 If you haven’t already read the Easter story this week, take time as a family or small group to reflect… 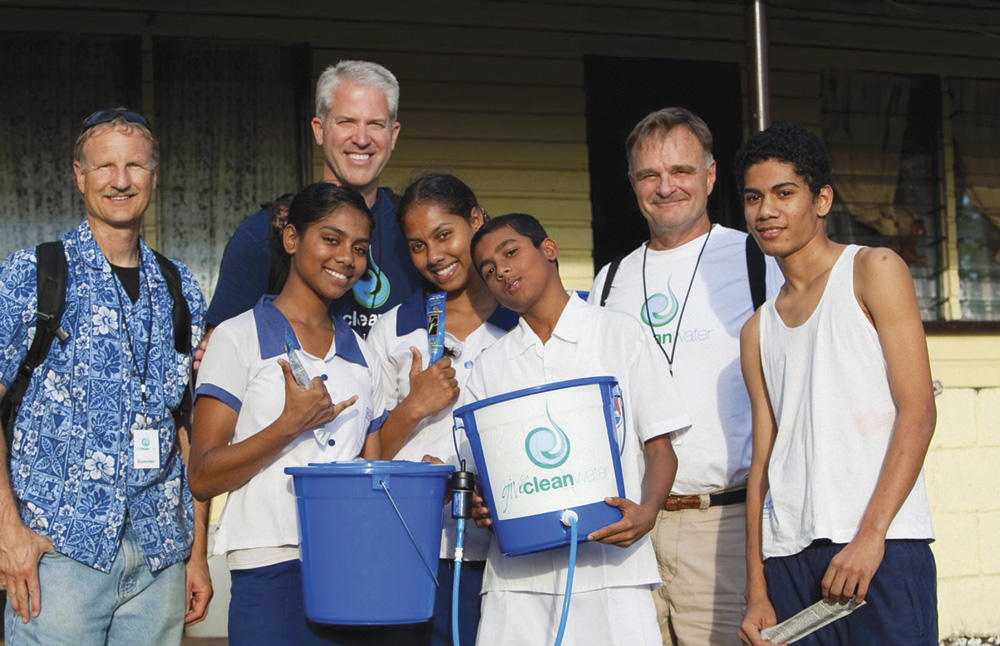 FIJI: From Sickness & Survival to Sustainability & Strength One Man Created A Solution for the Country to Have Clean… 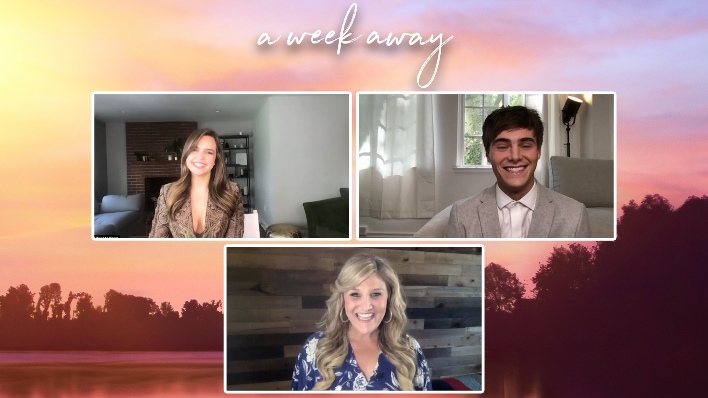 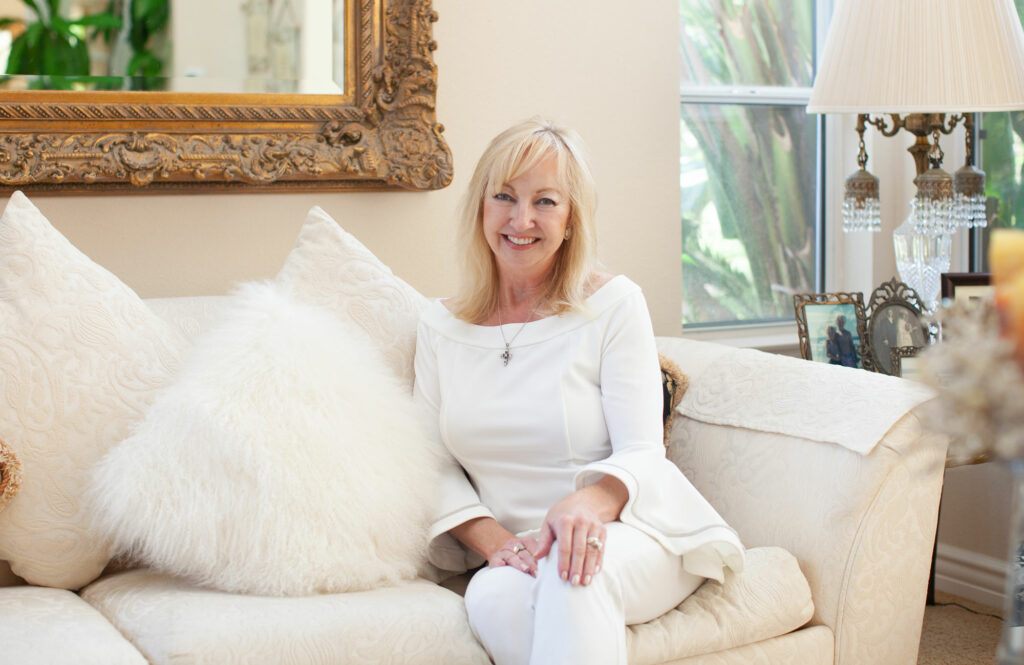