Lee Young-Pyo, or as teammates and friends refer to him Y.P. Lee, is one the most recognized soccer players in all of Korea. After representing his country in the 2002 World Cup held in South Korea, Lee went on to have a successful career playing in Europe gracing the top leagues of the Netherlands, England and Germany. This past fall, wearing a Vancouver jersey, he left the field for the final time as a player. It seems fitting that this quiet leader would receive a standing ovation from a sold-out crowd at BC Place while 21,000 fans shouted, “Y.P. Lee! Y.P. Lee!” Risen sat down with him at that same stadium to talk his turning points, career highlights, and moving on.

Note: This  interview was conducted through a translator

Risen Magazine: When did football become an interest for you?
vYP Lee: In the fourth grade. The main reason was because I thought football was fun. In primary school, during every lunch break the kids would go play. I would be out there with a ball everyday playing. The coach at our school saw me playing during lunchtime and suggested that I join the team and that’s how I got started. 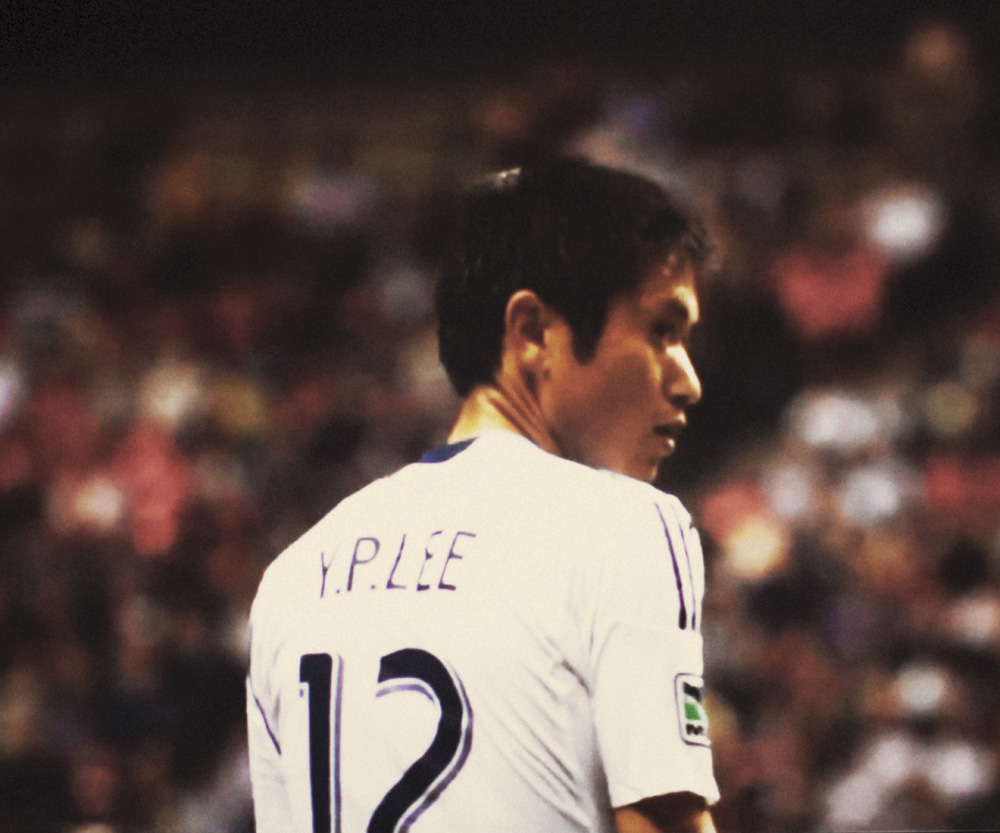 Risen Magazine: Do you view the game differently now than when you were younger?
YP Lee: The reason I started football was because it was fun. From about age eighteen onwards, football wasn’t about being fun. The most important thing in football was the results. It was all about winning. There was a lot of stress because of this. As time went by, the fun side of football deteriorated a little bit because I was so focused on the results. At this point in my career, results are still important because it’s a team sport, but I try to step away from that importance and enjoy football more – like I did when I was younger.

Risen Magazine: What role does faith play in your life?
YP Lee: It’s the most important thing. It guides me in how to live life. It gives me direction not just in my career, but in life overall. When I was twenty-two, I became a Christian. Before that, I didn’t have any religion at all. At the same time, I had always been curious if there was a God. I wanted to be shown or given some clue that He exists. I always had that curiosity. When I was twenty-two, something happened that gave me a sure sign that He existed, and from then on I was a Christian.
Risen Magazine: What was the turning point?
YP Lee: It wasn’t a particular story or event, but for three or four years I had many people around me talking to me about God and telling me to believe and trust in God. I guess the age of twenty-two was the point where I got fed up with all these people telling me to believe in God. For me, I was very scientific – it was either yes, or no. I needed to be sure that He existed at that age. I decided I was going to find out myself and that is when I started taking interest. Not only did I not believe in God at the time, I didn’t trust or believe in the Christians that were around me at that point. I prayed to God at times, “God, if you do exist, show me. For example, lift this cup of water, or come in front of me and show me who you are, then you can disappear; but you need to show me you exist.” These kinds of questions kept forming for me, and that is where my interest in Christianity started.

I had always been curious if there was a God. I wanted to be shown or given some clue that He exists.

Risen Magazine: How does being a Christian affect your perspective on the soccer field?
YP Lee: Christianity not only changed my perspective on the football pitch [field], but in my life overall. It guides the way I look at life and how I live life, but it’s difficult to pinpoint specific situations on the football pitch. The way I look at different situations now is very different from when I had no faith. For example, before I believed in God, I would look at other people who do bad things and it was hard to understand why people did these kinds of things. After having faith in God, the way I look at things, I now have more understanding. Because everyone is a sinner, including myself. When I understood that about people it was easier to understand why people do the things they do. Through these thoughts my understanding of other people has broadened. I try to be more open with people because I think a lot about these things in my life of what is good and what is bad. It is a guideline in my life to say what is good and what is bad. Before, I never understood why people in the world did bad things, after believing in Jesus, I immediately realized why people do what they do.

Risen Magazine: Who has been the most difficult player you played against in your career?
YP Lee: For me, it wasn’t a matter of which one player was most difficult; it’s more a fight against myself. If my body and my condition were good, then no matter who the player was, it felt easy defending or playing against him. At the same time, if my condition was poor, then no matter how weak the other team was or the player was, it was difficult.

Risen Magazine: Looking back, what has been the most memorable moment of your career?
YP Lee: I have to say, the 2002 World Cup. It was a turning point in my career as well. I got to go to Europe. It was a very happy moment, not just for the team, but also for the whole country. The whole people of South Korea were happy because of the results.

Risen Magazine: [This interview was prior to his retirement.] When you’re done playing, do you want to stay in football as a coach?
YP Lee: After retiring, I definitely want to stay in football. I have no specific plans to be a professional coach. I want to introduce the sport to many young kids – five or six-year-olds. Being a player and being a coach are two different things. In football there are many roles besides being a player or coach, there are technical roles, and many other parts. I have my own thoughts on this and I will prepare myself to do this.

Risen Magazine: To young players who want to play football, what advice do you have for them?
YP Lee: Enjoy the match because it’s fun, but what they have to realize is that just playing football for fun and pursuing a career in professional football are two very different things. In order to become a professional and to be successful, it takes a lot of effort. At the same time, it must be enjoyable and fun because no matter how hard you train, if it’s not fun, you’re not going to succeed. They have to realize it’s hard work to become a professional and they have to be prepared to put in that hard work. If they do put in the hard work, it could turn out to be fun, because your skills improve. It has to be a good balance of fun and bringing the hard work.

Interviewed for Risen Magazine Risen Magazine: You and your sister, Andrea, founded Mustard Seed Entertainment. Talk about why you chose to...